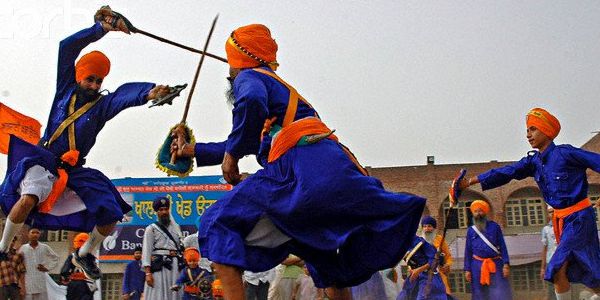 Gatka is commonly referred to as an India Martial art. Specifically Gatka refers to the martial art used by the of northern India. Actually Gatka is the name of a stick used to practice sword fighting. The word Gatka is a slang expression coined in the nineteen hundreds to describe a number of stick, staff and sword styles made for use in public demonstration. Much of the Gatka forms practiced today are Europeanized versions of segments of what was the original martial art of India known as Shastar Vidyaa.

The effectiveness of the Gatka techniques on the battlefields is legendary. The legend tells that a Master of Gatka was able to fight against hundreds of enemies. Gatka is based on meditation and the practice of more than 10 different weapons. The sword is one of the most used weapons.

USAdojo - September 8, 2004
We use cookies to ensure that we give you the best experience on our website. If you continue to use this site we will assume that you are happy with it.OkRead more