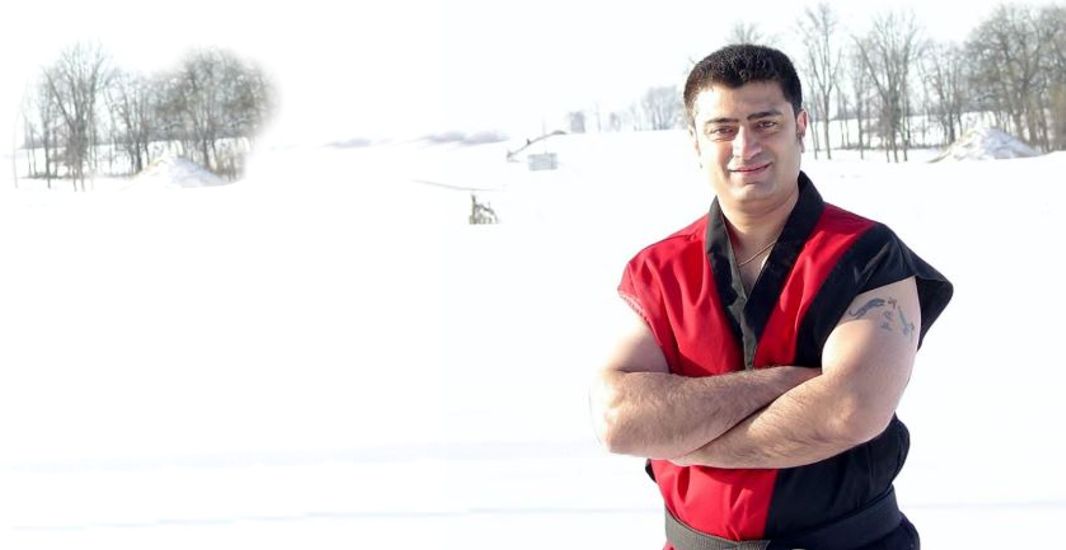 MUMBAI: The city of Mumbai knew Javed Khan as a leading exponent of taekwondo. Today he is known as the originator of a new martial art called Khan-Do-kwan.

Javed Khan, who was known for his breaking feats with his feet found that in real life situations, the martial arts he had known over 37 years were not enough to fight. So he developed his own system of self defense after a lot of experimentation and detailed study of several different systems of martial arts.

Khan-Do-kwan, launched in India recently in Mumbai, is an amalgam of indigenous martial arts Vajra Mushthi and Malla Yuddha. It involves natural movements of the human body for effective self defense and offence when required. Javed works in the Indiana police force. He got the job when he saved the life of a police officer who was attacked by Mexicans. The officer offered him a job and Javed ended up teaching the cops Khan-Do-kwan.

A fifth degree belt holder in taekwondo, Khan features in the Limka Books of Records for breaking 500 wooden boards in an hour in 1991 at the Anjuman–e-Islam school in Mumbai.

The techniques deal not only with defending effectively against a bare handed attacker; but also against those who use weapons like clubs, hockey sticks, lathis, knives and guns. A practitioner of this art can not only defend but can stand up and fight with a few in the street when required. For this an understanding of how the human mind and body reacts and works in a real street fight is required to be in a position to face a real life threatening situation. This multi-faceted, multi-zonal system gives the fighter a distinct edge over his opponent in any give situation and location. Therefore, it is termed a very effective for self defense not only for strong well built men but also for women, children and elder persons.

It can also be adopted by the law and enforcement agencies and armed forces. The first lessons in Khan-Do-kwan were taught by grand master Javed Khan on July 6, 2004 in Terre Haute, Indiana (US). Two months later in September 2004 the first World Khan-Do-kwan black belt test was held in Terre Haute with six people being awarded their belts.

The new form of martial art was officially recognized in February 2006 by Bahrain. Javed hopes India will embrace it as readily as it did the other martial arts.

Update:
Khan Do Kwan is an effective and practical fighting system for the modern times. This system was developed by Grandmaster Javed Khan in 2004 and is now practiced in the United States, UK, UAE, India and Bahrain. Khan Do Kwan, also known as Vajra Mushti Mal Yuddh (Lightening Hands Dirty Fighting), involves natural movements of the human body for effective self-defense and offense. Khan Do Kwan techniques allow one to defend against brute strength as well as deadly weapons such as clubs, sticks, knives and guns. The skillsets gained in Khan Do Kwan give the student an edge over his opponent, as he is equipped in any situation or location. This self-defense system is recommended to individuals of all ages, including those in law enforcement and armed forces.