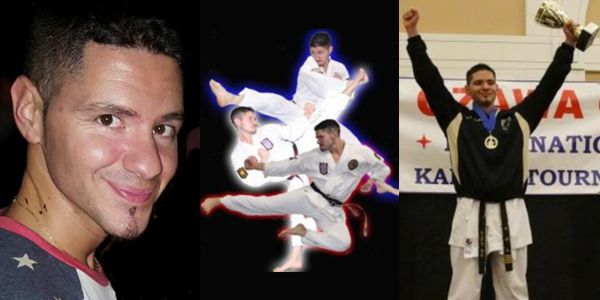 Sensei Adrian Galvan is a 4th Degree Black Belt and head instructor at Master Galvan’s Karate Academy. Adrian is the current USKA Kumite Champion, has been inducted into 2 Martial Arts Halls of Fame including the United States Karate Alliance Hall of Fame, and he has been the top ranked fighter for over eight years running.

Adrian started his Martial Arts training in March of 1988 at the young age of 3 under his father Master Juan Galvan. I guess you could say he was born into it; Adrian didn’t go to daycare -instead he was at his father’s dojo always in the martial arts atmosphere.

Adrian loves tournaments & thanks his dad for the exposure to them at such a young age. Martial Arts – as well as competition – has really helped him grow into the person he is today. Adrian has over 1000 Awards as he has competed throughout the nation as well as internationally.