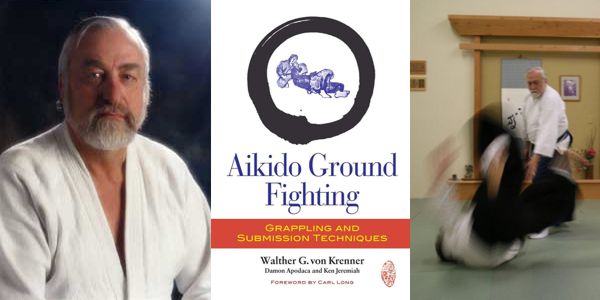 Aikido Ground Fighting presents effective ground techniques that remain true to aikido founder Morehei Ueshiba’s teachings while addressing a potential weakness in the system: while aikido is renowned for its submission and compliance techniques as well as grappling from a standing position, it is not known for its effectiveness when it comes to ground fighting. Aikido Ground Fighting is a unique look at the roots of aikido techniques (in particular, the kneeling practices of suwari-waza) and how they might be applied to defense on the ground. Written by a direct student of Morihei Ueshiba in collaboration with other aikido teachers, this book remains steadfastly true to the founder’s teachings while presenting innovative and effective techniques. Containing never-before-published pictures of Ueshiba as well as step-by-step photographs clearly demonstrating techniques, Aikido Ground Fighting is designed for aikido students looking to become more well-rounded martial artists as well as practitioners of all martial arts seeking effective self-defense techniques.

About the Author:
Walther Von Krenner has been studying martial arts and other Japanese traditions since 1957. He is a direct student of Morihei Ueshiba, the founder of aikido, and was inducted into the Martial Arts Hall of Fame in 2000. He currently teaches aikido in Kalispell, Montana, and writes for the French and German versions of Aikido Journal. DAMON APODACA is the chief instructor and founder of Santa Fe Budokan, located in New Mexico. A practitioner for over 36 years, he is ranked as 6th-degree black belt (Rokudan) by the Aikido World Federation, Hombu Dojo. The author lives in Kalispell, Montana. KEN JEREMIAH has been training in aikido for 14 years, and he has written extensively about Japanese Buddhism and other spiritual phenomena. Foreword author CARL LONG is the most senior student of Shimabukuro Hanshi, and he is the highest-ranked member of the Jikishinkai International.