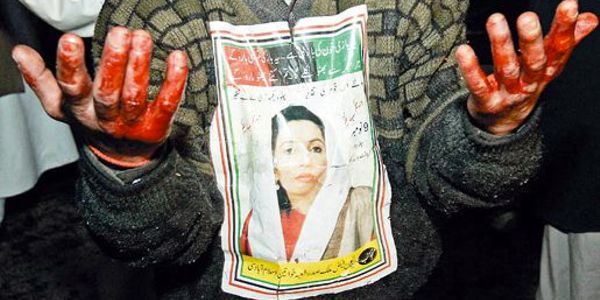 This is not a review for the Donnie Yen movie Bodyguards and Assassins; this is an article about amateur assassins and the threat they impose. In todays world almost anyone can be an assassin. My younger brother plays a game called Hit man (which was later made into a movie), and he goes on missions assassinating people for money. Sometimes the person he goes to assassinate pays him double to assassinate the previous buyer. Can kids learn about how to assassinate people from this game? The answer is yes, and even our military are using these type of games to train people. That being said, never underestimate the  amateur assassin, even the 17 year. The difference between the pro and the amateur is that the pros are paid by the highest bidder while the amateur has an emotional reason and is willing to die. The pro has an escape plan, and doesn’t normally fail. “The most dangerous aspect of a professional assassin is that he knows how to find and interpret information about the agent’s client.” (Pg. 71) This is when training in Intelligence comes into play.

Take the case of the assassination attempt on Bill Clinton during his visit to the Philippines. The plan was to set off explosives under the bridge in Manila as Clinton passed over the bridge. This attack failed due to counter Intel methods using COMINT (communication Intel), when the Intel agent picked up key words during a transmission which were “bridge” and “wedding” which is code word for assassination.

Intel saved Mr. Clinton’s life. I can’t say the same about Benazir Bhutto, which her agents did not take advantage of the Intel they received. She had hundreds of riot police manned security checkpoints. Everyone who wanted to enter the park had to go through metal detectors. Her guards were armed with assault rifles, and she had a bulletproof Toyota land cruiser. So what went wrong? There different versions of events that went down, but no matter which one you except, it all ends the same, she dies. So what went wrong?

First off whoever was responsible for her safety wasn’t heeding the HUMINT (human Intel) intelligence that the U.S. gave them about threats against Bhutto.

“She knew people were trying to assassinate her,” said an intelligence official. “We don’t hold information back on possible attacks on foreign leaders and foreign countries.” The official added, however, that while the U.S. could share the information, “it’s up to (the recipient) how they want to take action.” (News, 2007, )

If they had used the Intelligence they received from the U.S., the protection team could have probably prevented the assassination. First off they knew from which the threats came from and knew that the probability was virtually certain. As stated above they had checkpoints, there were metal detectors, and they were armed, but somehow the neglected other advances. One of the ways the assassins knew about were Bhutto’s movements was by intercepting the cell phone (COMINT).

“A suicide bomber couldn’t have carried out the attack without being forewarned of Bhutto’s movements with a cell phone or other device” (Jan, 2007)

Now if The team that was working the principal which in this case Bhutto, should have advise her not to stick her body out of the vehicle at the large crowd, especially that the sunroof was unprotected. Also the assassin either by foot or motorcycle should have not even came close to Bhutto vehicle, this is why working the principal is important and its different formations.

Diamond Formation is when the situations requires close in protection of the principal, such as crowded entrances and congested corridors, are best handled with a diamond formation. Using a minimum of four men, preferably five, the principal is protected on all sides. The positions and methods of walking require each man to be responsible for a position of the overall 360-degree observation of the escort route. Wedge Formation in situations when a less tightly knit formation is deemed necessary, three men can form a wedge formation. Cave in Formation In a cave in formation the team members defend the life of the principal by covering the body of the principal with their own bodies. The principal is crouched down in the formation, ready to be evacuated. As you can see, a little bit of planning, a little bit of Intel, and more protection around the principle itself, could have saved Bhutto’s life.

As you read in the above case study, the person trying to do your client harm also use Intel to know the movements of their target. This is when Counter Intel comes to play and what is called Deceptive tactics. You can use deceptive tactics on a day to day basis on a non high risk client, their use are limited only by the imagination and experience of those personnel involved in the mission. Some deceptive tactics include: A) Last minute switches of arrival and departure point. B) False reservations at clubs or restaurants, called prior to time of arrival. C) False telephone messages to another knowledgeable individual concerning a “planned” visit to another city. D) At the principal’s residence, study the room lighting pattern at night to determine if an attacker could figure out which room the principal is using. E) License plate switches are possible at a moment’s notice.

The Importance of Martial Arts Training and Competition

The Tonfa Enters the 21st Century with the Defensive Leverage Device