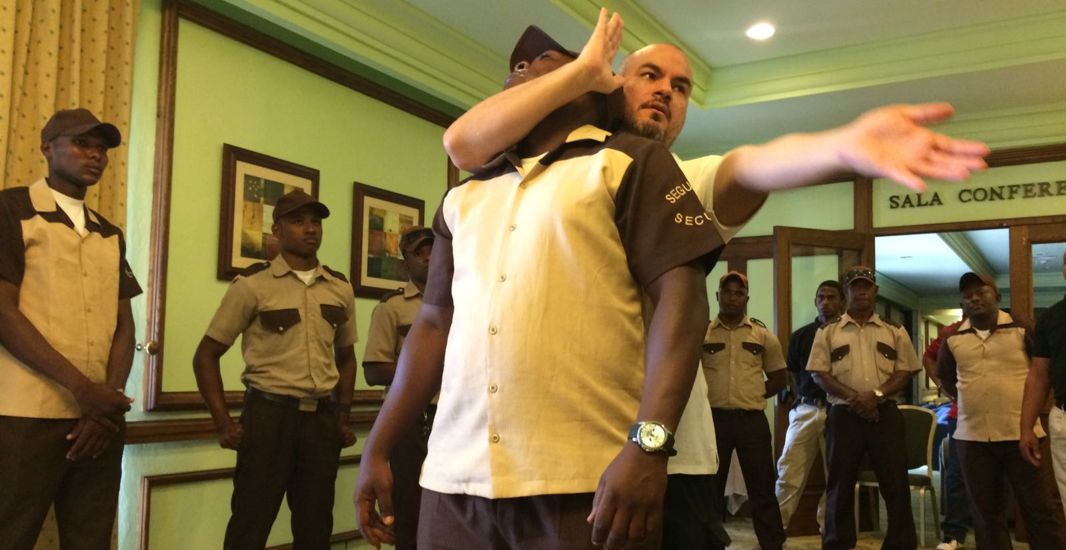 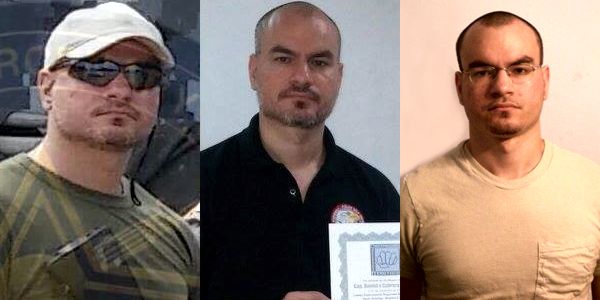 Fernando Figueroa began his martial arts training in 1993. His first system was Angry Tiger Kung-Fu. This system was modeled after the demeanor, and fighting strategy, of an attacking tiger. The striking movements are fast, agile and powerful. Techniques unique to Angry Tiger are ripping, tearing, clawing, and grasping applications. In 2002 he went to Southern China to research the roots of Kung-fu.

In 2002 he started working as a bouncer at the toughest bars and nightclubs in New York City. For a bouncer he was an unlikely candidate standing at 6 foot, and weighing only 165lbs. He also wore glasses, because he was near sighted.

He remembers his first day on the job and the odd looks he got from the other bouncers, all of them bigger than he was, and he knew they were thinking to themselves, “what is he able to do”? The choice a patron had, if he was going to take a swing was between the 6’6 270 pound gorillas or Fernando Figueroa atle 6 feet and only 165 pounds. Naturally, they chose Fernando Figueroa pick a fight with first.

Fernando Figueroa worked for seven years working all types of parties and crowds; from Hip-Hop to Techno, from thugs to rowdy Europeans. Working as a bouncer taught him how to observe people for questionable behavior, particularly in low light conditions, defusing potentially violent situations, dealing with “very important people” who can be easily offended, as well as standing in one place for long stretches of time, and working long or unusual hours.

In 2000 he started reading Jim Wagner’s monthly High Risk column. Jim wrote in detail about police, military, and his own original techniques, tactics, and training methods that were not found in any other martial arts magazine at the time, and the information was exactly what he needed to survive while living in the tough boroughs of the Bronx, and later he applied this knowledge to his jobs that required fighting skills.

Three years later Jim Wagner placed a full-page advertisement in Black Belt magazine for a seminar that he was teaching in New York City. I signed up for the weeklong training. To my surprise, Jim called my home and left a message to explain the courses. A personal call from him made me feel good, and important.

On August 25, 2003 I first met Jim Wagner at the Fight House in Manhattan, and took his Reality-Based Personal Protection Level I Instructor course and Fernando Figueroa attended becoming one of the first certified instructor in the State of New York. On his following trips to the Big Apple each year, Fernando took more of Jim Wagner’s courses, and eventually  assisted Jim with teaching. Jim’s courses included many law enforcement and military personnel. This exposure sparked Fernando Figueroa’s interest in tactical training.

By the end of 2003 he saw an ad in Black Belt magazine for Bill Wolfe and the system Defendo. Fernando decide to train under Bill Wolfe. Later that same year Fernando trained in Russian Systema under Vladimir Vasiliev.

In addition to his martial arts and bodyguard background, Fernando Figueroa studied at the American Military University majoring in intelligence studies. He is a graduate of the McAfee Institute Inc., which a privately held education company in the United States that provides professional development and training in cyber investigations, law enforcement sciences, loss prevention, fraud investigations, deception detection, and leadership. He is also a graduate of the EH Academy, a cyber security training school. Studies included Open Source and Social Media intelligence.

A Discussion With Woo-Ping Yuen at NYAFF