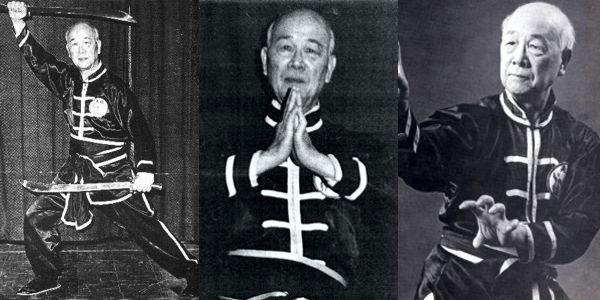 Ark Yuey Wong was born in the large village of Toysun Tien Sum Chienin Canton, China in the year 1900. His family was moderately wealthy and early in his childhood he was exposed to the ancient fighting arts.

Wong’s great grandfather was attacked by a younger jealous brother in order to weaken the older man and obtain his wealth. Upon recovering from the attack, the old man decreed that all his male descendants must learn Kung Fu beginning at the seven years of age which is when they started school. It was at the age that Ark Yuey Wong began his training.

Wong’s first Shifu was the well-respected master, Lam Ark Fun. Master Lam was rather old at this time but still highly revered as a great teacher of the art. At the age of twelve, Ark Wong was taught the art of Chinese Herbal Medicine by Master Lama and Wong would employ this skill extensively later in life.

In his late teens, Ark Yuey Wong went to school in Canton. It was during this time that he met Pung, the chief monk of the Canton area. He studied under this master for a year and a half. Previously, all of Wong’s training was of the external aspects of Kung Fu. It was from Pung that he began to learn the internal aspects.

Civil unrest occurred in Canton and Wong went back to his village, Lin Chuan Yuan in Putien County and he opened a Kung Fu school for his family and the younger children of the area. One New Years, as was the custom for New Years, all the Kung Fu schools gathered to put on the “Lion Dancing” demonstrations. On the basis of these demonstrations by the different schools the masters were chosen. Only the best demonstrators would receive the title “Master.” At the remarkably young age of nineteen, Wong Ark Yuey was made Master.

In 1921 Ark Yuey Wong came to the United States and would open up a school in San Francisco and later in Oakland.

His uncle taught him Chinese herbal healing and acupuncture. At that time, kung fu was taught among Chinese and mostly in Chinese tongs and associations. Since Chinese have many festivities and cultural beliefs, the art of lion and dragon dance were taught to accommodate the celebration ritual. Many Chinese benefited from Wong’s martial art lessons during the 1940’s and 50’s when he stayed in San Francisco, Stockton and Oakland. This was the birth of Ng Ga Kin (Southern Five Families) and Ng Ying Ga (Southern Five Animals) in the United States.

In 1929, Ark Yuey Wong moved to the Los Angeles area, and taught exclusively for the Wong family for two years. He then opened his Chinese Herb shop and Kung Fu school, called Wah Que (War Kyu) or Overseas Chinese Martial Arts Association. In 1931, Ark Yuey Wong went back to china to instruct the Wong family there. In 1934, he returned to Los Angeles and resumed his teaching. When he was only 31 years, Master Wong was given the title of Grandmaster.

It was in 1959 that Ark Yuey Wong opened his school to the public. Previously all Chinese Kung Fu was taught only to the Chinese, and was kept secret. He taught the Five Family styles of Cho Gar, Lee Gar, Fut Gar, Mok Gar, Won Hop Kuen, and Hung Gar and the five animals of the Tiger, Dragon, Crane, Leopard and Snake. Master Ark Yuey Wong taught Tai Chi Chuan, five element fist, natural fist and the Hop Gar Lama fist. He also taught the 18 traditional Shaolin weapons, Lion and Dragon dancing, Chinese Acupuncture, Massage, and Herbal medicine. During his last 30 years he taught, he gained many new students, especially during and after the Bruce Lee films made kung fu popular, but very few ever remained to learn all that Grandmaster Ark Yuey Wong had to teach them.

Master Ark Yuey Wong can also be seen in the original pilot movie of the television series Kung Fu (1972), with actor David Carridine, who played the part of Kuai Chang Caine.

Master Ark Yuey Wong was the true “Pioneer” of Chinese Kung Fu in America and one of the greatest Masters of our century. He was on the front cover of the 1965 issue of Black Belt Magazine and there were numerous articles written about him in “Inside Kung Fu Magazine.”

Grandmaster Ark Yuey Wong was the only man in America with the entire Five Family Fist Southern Shaolin system. After the destruction of the temple in 1927 only a few Masters survived and they immigrated to Hong Kong where they passed away. Without Ark Yuey Wong continuing to teach this system, it may not exist today.