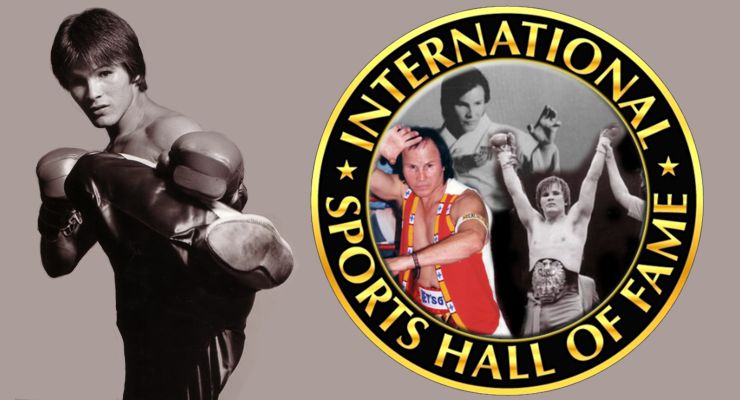 Martial artists Benny Urquidez was inducted into the the International Sports Hall of Fame Class of 2019 during the Arnold Sports Festival on Saturday, March 2, 2019, in Columbus, Ohio.

American kickboxer, martial arts choreographer and actor. Nicknamed “The Jet”, Benny Urquidez was a non-contact karate competitor who later pioneered full-contact fighting in the United States. He made the transition from point to full-contact karate in 1974 – the year of its inception in the U.S., frequently fighting in bouts where the rules were ambiguous and contrasts in styles were dramatic.

Urquidez is also known for once holding the rare achievement of six world titles in five different weight divisions, and remained largely undefeated in his 27-year career. His only loss came in a Muay Thai match which was shrouded in controversy, as Urquidez had only agreed to a no-decision exhibition, a clause which was ignored when the fight had ended.

Between 1974 and 1993, he amassed a documented professional record of 49–1–1 (win-loss-draw) with 35 knockouts and two controversial no-contests, although he is also supposed to have an additional record of 10–0–1 (10 KOs) in undocumented professional fights, making a total of 59–1–2–2 (45 KOs). However, sources vary with Ratings listing Urquidez as 63–0–1, (57 knockouts) and on his own official website, Urquidez lists his fight record as 200–0 and says he was 63–0, with 57 knockouts in title defenses. Also, he claims to have been undefeated in the “Adult Black Belt Division” prior to entering full-contact karate. Black Belt magazine voted Urquidez “Competitor of the Year” in 1978.

He has also appeared in occasional acting roles, mostly in action films during the 1980s and 1990s, notably the Jackie Chan movies Wheels on Meals (1984) and Dragons Forever (1988).

Benny Urquidez was born in Los Angeles County, California, the son of a wrestling mother and a boxing father. His parentage is Spanish and Mexican with some Blackfoot American Indians ancestry. Urquidez and his wife are part of the Blackfoot tribe.

Benny began competing in 1958, at the age of five, in “peewee” boxing and wrestling in Los Angeles. His martial arts instruction started when he was seven years old; his first formal teacher was Bill Ryusaki. Urquidez received his black belt at the age of 14, a highly unusual feat in the 1960s. His siblings also achieved the rank of black belt. His sister Lilly Rodriguez was a pioneer in kickboxing for women, and their late brother Reuben Urquidez appeared with Benny in a documentary on the combination of martial art Budojujitsu.

He entered the point circuit in 1964 and earned a reputation as a colorful fighter. In 1974 he won the World Series of Martial Arts Championship, effectively a tough-man contest with few rules. Over the next two decades, he fought under various kickboxing organizations (NKL, WPKO, Professional Karate Association (PKA), World Kickboxing Association (WKA), AJKBA, Shin-Kakutojutsu Federation, NJPW and MTN) to amass a record of 58 wins with no losses.

In 1977, Urquidez traveled to Japan and fought under the WKA’s compromise US–Japan rules which included leg kicks and knees to the body. He defeated Katsuyuki Suzuki by KO in the 6th round (August 1977) as part of the professional wrestling event in which Antonio Inoki fought Everett Eddy in what was said to be a wrestler/karate fighter mixed match but was a pre-determined pro wrestling match. The Suzuki fight materialized because the newly formed WKA organization could not compete against the PKA in the US. At the same time, Japanese professional wrestler Antonio Inoki, who gained the worldwide fame by fighting Muhammad Ali in the controversial 1976 boxer/wrestler mixed-match in Japan, had been looking for new opponents for what he called the world martial arts championship series. Eventually, promoter Ron Holmes discovered Everett Eddy for Inoki. By that time, Eddy had been coached by Arnold Urquidez and lost in a knockout in the 1st round to PKA world heavyweight champion Ross Scott in the previous year. In the same event, Benny Urquidez knocked out Howard Jackson, but soon his lightweight title was stripped by the PKA, and so both Eddy and Urquidez had no action in the US and had to look for fights overseas. Even though the Inoki/Eddy bout was successful, it was the fight between Urquidez and Suzuki, which shocked Japan, where Japanese kickboxing had been very popular.

The All-Japan Kickboxing Association, for which Suzuki had been rated as No. 2, became interested in the American sport of full-contact karate, decided to promote series of mixed-rules bouts between the American full-contact karate fighters and Japanese kickboxers. On November 14, 1977, the AJKF held the first of such event which featured Benny Urquidez, his brother-in-law Blinky Rodriguez, Marc Costello, Brendan Leddy, Tony Lopez, Leonard Galiza, and Freddy Avila. Only Benny Urquidez and Costello came out as the winners for the American team. Urquidez’s victory over Kunimitsu Okao convinced the Japanese fight fans and eventually began to be featured as the central figure for what was supposed to be the documentary comic book, The Square Ring, until he declined to avenge his loss against the Thai opponent Prayout Sittiboonlert.

In 1984, Benny fought Ivan Sprang in Amsterdam under modified Muay Thai rules (no elbows), winning by 6th-round TKO. His ring career largely came to a halt after 1985, and he retired after facing Yoshihisa Tagami at the age of 41. Subsequently, Urquidez became devoted to acting, teaching kickboxing and martial arts choreography. Urquidez’s late brother Reuben was also a competitive martial artist and actor; they appeared together in a 1982 training video, World Of Martial Arts, along with Steve Sanders (karate), Chuck Norris and John Saxon. Van Halen lead singer David Lee Roth dedicated the band’s hit 1984 song “Jump” to Urquidez, of whom Roth was a student.

In 2000, Urquidez and Emil Farkas founded the Los Angeles Film Fighting Institute, which was one of the first schools of its kind in the United States to teach martial artists the intricacies of stunt work. 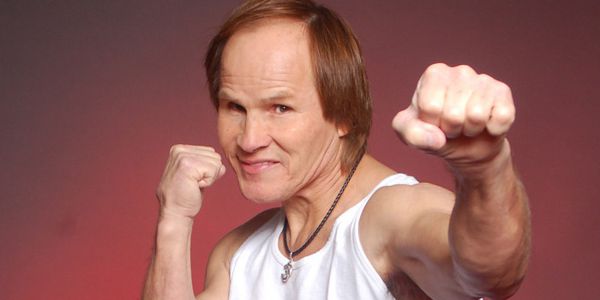 Benny Urquidez has had training in nine styles: Judo, Kajukenbo, Shotokan, Taekwondo, Lima Lama, White Crane Kung Fu, Jujutsu, Aikido, and American Kenpo. He is the founder of Ukidokan Karate. He continued to teach at The Jets Gym in North Hollywood, California. Urquidez has also authored various instructional books and videos. He also has a special friendship with actor/client John Cusack with whom talks of opening up a bigger gym in Santa Monica, targeting former champions as clients and trainers are in the works as Cusack has shown interest in taking part as co-owner. Today, he is still very active in teaching privately, and working as a stunt coordinator in the entertainment business. He teaches Ukidokan kickboxing at Team Karate Center in Woodland Hills, California.

To contact Team Karate Center visited their listing on the Martial Arts Schools and Businesses Directory or FindADojo.com by clicking on the image on the left.