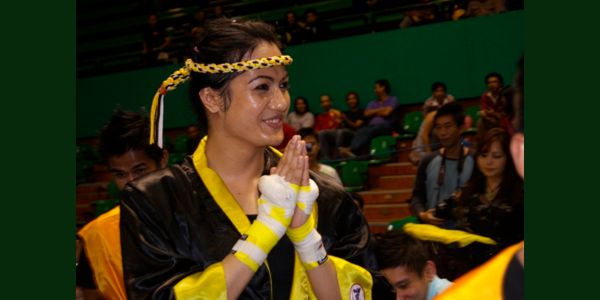 In Kuala Lumpur, Antonio Graceffo, the Brooklyn Monk covers fight night Malaysia, two nights of professional fighting, including Muay Thai, boxing, Kyokushin, and MMA. In this multi-part series, you will see trainers and fighters previously featured in episodes of Martial Arts Odyssey, including: Alex, of Alex Gym (Boxing), Michael Ding, head of Kyokushin Malaysia, and Kirsty Leigh, of Kirsty’s Muay Thai Fight Club. In this clip, hear Shihan Michael Ding talk about the difficulties of matching one of his kyokushin fighters against a professional Muay Thai fighter.

Antonio Graceffo covers two nights of professional fighting, including in Kuala Lumpur, Malaysia. This video features Shuibah Idris, daughter of the sultan of Perak. The katoey fighter is called Beautiful Boxer of Malaysia. She lost her ring battle, but she sent a positive message to the world, encouraging people to be themselves, be what they want to be and to follow their dreams.

Karate In Japan From A Westerner’s Perspective