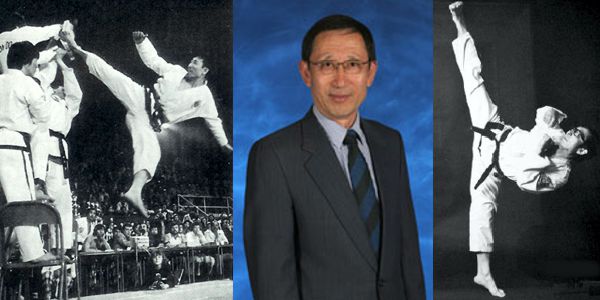 1960 – Master Woo Jong Lim created Tae Kwon Do Championships, the first ever held in Korea in Tae Kwon Do history. Won the 1st Tae Kwon Do [Oh Do Kwan] Championship in Pattern and Sparring in Won Ju, Kang Won Do, Korea

1964 – Invited by Malaysian Tae Kwon Do Association to teach Tae Kwon Do in Penang, Malaysia.

1966 – International Tae Kwon Do Federation (ITF) was formed and received No. 5 Recognition Plaque as a founding member and instructor.

1970 – Opened the first Tae Kwon Do School in Vancouver, Canada.

1973 – Selected as one of four ITF Demonstration Team Members to tour 13 countries around the world.

Was the Chairman of the Umpire Committee of ITF

1978 – Selected as one of four ITF Demonstration Team members to tour Sweden, Poland, Yugoslavia and Hungary.

1979 – Selected as one of ITF Demonstration Team members to tour Argentina.

2007 – Published his book “The Korean Martial Art of Tae Kwon Do and Early History”.
Was inducted into the Tae Kwon Do Hall of Fame in New York, USA.

2012 – Received the Queen Elizabeth ll Diamond Jubilee Medal Award for the dedication of teaching Tae Kwon Do in Canada and around the world.

Continues to travel worldwide to teach and promote Tae Kwon Do.

GM C.K. Choi believes that Tae Kwon Do practitioners must train both the mind and the body to achieve the highest levels of physical fitness and mental discipline. This will uncover the ultimate person within.

USAdojo - June 26, 2015
We use cookies to ensure that we give you the best experience on our website. If you continue to use this site we will assume that you are happy with it.OkRead more