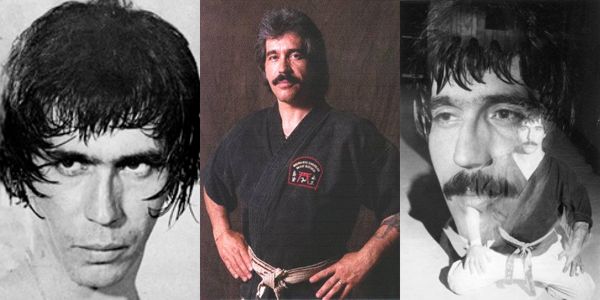 Hanshi Charles Bonet is a 6th dan in Grand Master Eizo Shimabukuro’s Shorin-ryu system; he also holds an 8th dan in Master Frank Ruizes Nisei Goju system. He has taught and practiced Karate for many years and has appeared in several films on the martial arts. Sensei Bonet was inducted into the “Martial Arts Congress World Hall of Fame;” where he received the “Eagle Award” at the Miami Convention Center Oct. 16, 1993.

On February 7th 2009 Sensei Charles Bonet conducted a Shorin-ryu seminar in Miami Florida. His unique perspective on Shorin-ryu’s combat effectiveness was shared with those attending. Following this seminar, Sensei Bonet was honored to receive his Judan certificate and red obi from the following Hanshi Grand Masters:

Currently Sensei Bonet is living and teaching Shorin-ryu Karate in the Glendale, Arizona community and he is available to teach private Shorin-ryu lessons and seminars around the globe.