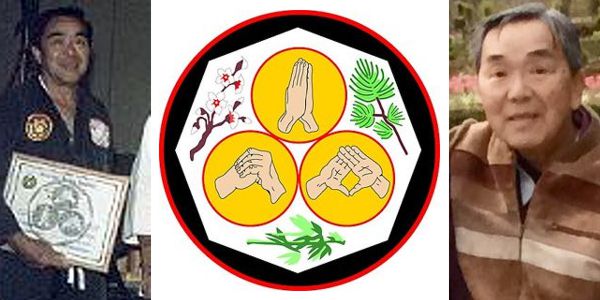 Professor Charles Lee was born in Hakalau, a small sugar plantation town 30 miles from Hilo, Hawaii. The Lee family moved to Honolulu when Charles was still an infant. He grew up in a tough district called Palama. As a young man he faced tough circumstances and occasionally was involved in altercations. His teen years were spent at the Palama Settlement, similar to the YMCA, where one of his friends was the late Edmund Parker, who introduced Kenpo to the mainland. Much of the arts in those days were secretive and Lee and his friends would peek through windows regularly to watch the elders train. This was his first introduction to Kung Fu and Karate. He and his friends would try to emulate the elders by practicing on their own.

Lee began his Kenpo training under the tutelage of Prof. Simeon Eli, a student of James Mitose. Mitose, considered the father of Kenpo Jujitsu in the U.S., was the first to teach his family art (Koshoryu Kenpo) to Westerners. Eli awarded Charles his Shodan in 1968 and he was brought into the folds of the AJI administration as the Karate Division Registration Chairman. During the early 1950’s Mitose decided to dedicate his life to religion and relinquished the Koshoryu Kenpo Jujitsu Official Self Defense Club, turning it over to his senior student, Thomas Young. A year later, Young in turn relinquished the Koshoryu Kenpo Jujitsu Official Self Defense Club to Simeon Eli. After the death of Prof. Eli on July 4, 1971, Lee was appointed to the position of vice president of the Karate Division. As a tribute to Eli, Lee asked and received approval and authority from Eli’s widow, Betty, to adopt the original Koshoryu logo as the official logo of the AJI Karate Division. With this authority, Prof. Lee is the official caretaker of the original Koshoryu Kenpo Jujitsu logo.

In 1975, Sensei Lee was elected vice president of the Karate Division, and has been re-elected every year since. In 1990, Charles Lee was awarded the title of professor. He was promoted to Hachidan in 1994, and is now ranked as a Kudan, 9th Degree Black Belt. He is a member of the AJI’s Board of Professors and is its official technical director of Kenpo Jujitsu/Karate.

One of his most significant achievements is the design and adoption of the official logo of the AJI patch that is worn on the gis and apparel by the members of the institute.

Prof. Charles Lee is a veteran of the Korean War and is a recipient of the Purple Heart and Combat Infantryman’s Badge. He is married to the former Alyce Ching. They have two children and 3 grandchildren. Their daughter is a teacher in a senior high school and their son is a practicing Oral and Maxillofacial surgeon.