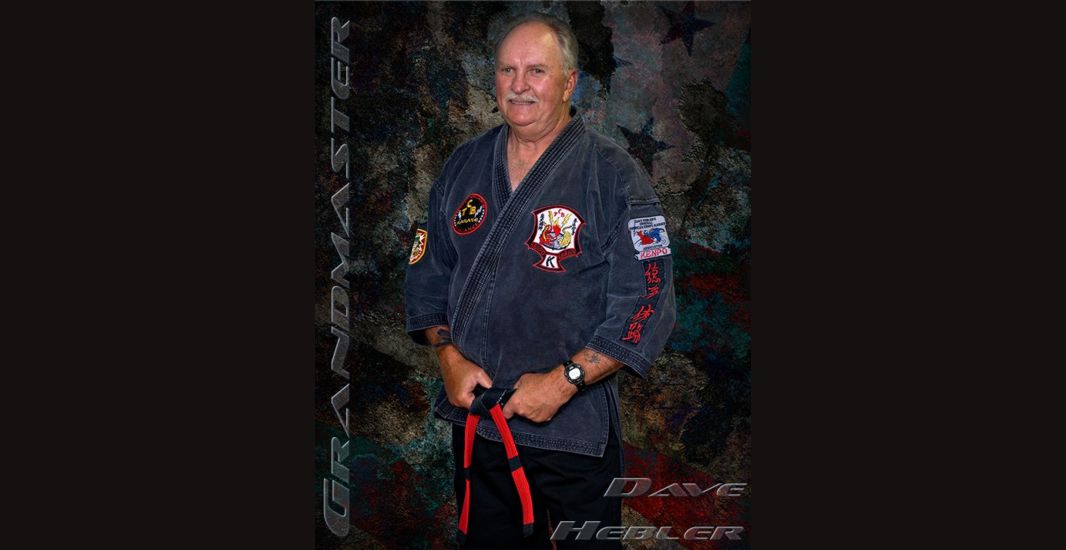 Mr. Hebler, as one of the originators of the annual International Karate Championship held in Long Beach, California, personally developed the set of rules for the first, and many subsequent, IKC competitions, and served as a Director of the IKC for 12 years.

As President of Senior Grandmaster Ed Parker’s International Kenpo Karate Association for a number of years, Dave was instrumental in developing the basis of the ever-evolving curriculum of the Ed Parker American System of Kenpo. After one of the first major splits in the Ed Parker American Kenpo System, Dave was among the few who stayed with Ed and taught for him for over 7 years at the Pasadena School. Mr. Hebler’s first school was in Glendora, California, and for years, many students were attracted to his school in Laguna Hills, California. At present, there are more than 10 O.A.K.K.A. member-affiliate Kenpo Schools in three Southern California Counties, while more seek affiliation each month.

Dave Hebler was a personal bodyguard/companion of Elvis Presley’s from 1972 to 1976 and as a member of the “Memphis Mafia”, his primary responsibility was the protection of Elvis and his family in all aspects of their lives, wherever they were . . . no mean feat during Elvis’ more wild years! Dave co-authored the best selling book, Elvis, What Happened which was released two weeks prior to Elvis’ death in 1977, this book, at one time, held the distinction of being “the best selling original non-fiction paperback book” in the history of publishing.

Dave Hebler is founder and director of The Gift of Power Foundation, a non-profit organization designed to assist women and children who are victims of physical abuse to learn self-defense techniques, at no cost to them.

As Founder and Executive Director of the Original American Kenpo Karate Association with member-affiliated schools in 7 states and Honduras, he is personally responsible for the training of over 40,000 Kenpo stylists, during his 40-plus years in American Kenpo.

Dave Hebler is a much sought after speaker and trainer for corporations and small businesses. Not only does he train individuals in simple, easy to learn techniques to protect themselves against violence, he teaches them key methods to recognize and prevent such attacks before they happen.