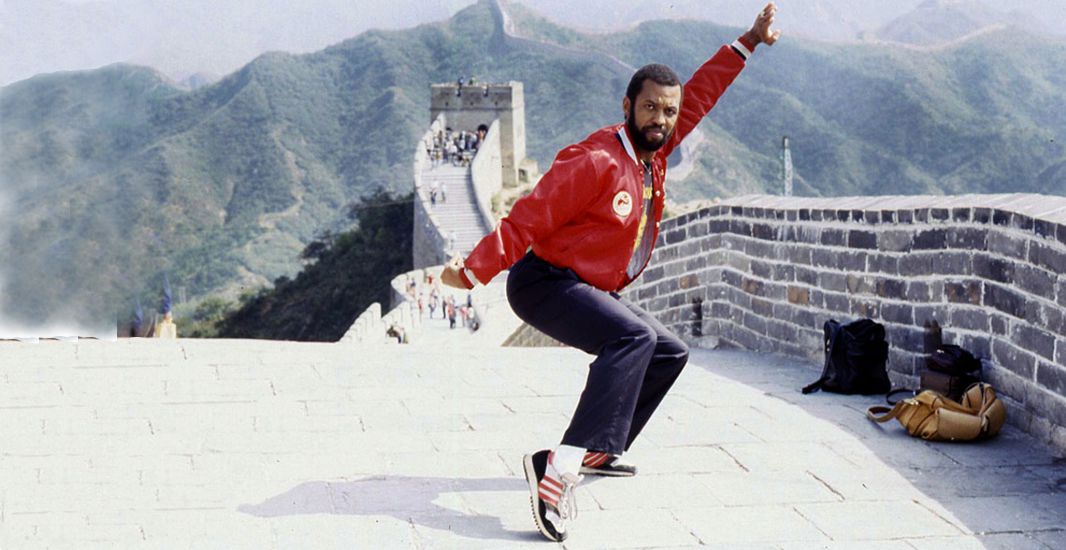 Washington, D.C. kung-fu pioneer Master Dennis Brown took part in a simple tea ceremony rarely held in public, where 67-year-old Grandmaster Willy Lin passed along “the robe and bowl” of t’ien shan p’ai to his disciple of over 40 years.

Dennnis Brown was an 80’s weapons star, trainer of champions and promoter of his own long-running U.S. Capitol Classics tournament. He is a member of half-a-dozen Halls of Fame, and was, at the turn of the century, included in Black Belt magazine as one of the “25 Most Influential Martial Artists of the 20th Century.”

A Youthful Dennis Brown was a fighter of closed-door matches in New York and Washington, winning a bout against a full-contact hero who later retired unbeaten from the public circuit. As a weapons forms competitor, Dennis Brown won national grand championships for his staff work and sword forms; and he redesigned and revolutionized the rope dart, of which he remains one of the few living experts.

Grand Master Brown has continued developing his skills through a lifelong study of the fighting forms, traditional weapons and training resources of classic external and internal wushu. In 1982, he became the first African American to train in Mainland China. He continues to returned to China for advanced studies every decade.

In 1982, when he first arrived in China, Grand Master Brown had already founded the U.S. Capitol Classics. The 21st century U.S. Capitol Classics has evolved into one of the country’s most famous and glamorous venues. It has been said by martial arts historians that, over the years, the greatest champions of the last quarter-century have given some of their most memorable performances at the Classic.

Martial arts training began in 1965 in the Washington Metropolitan area.