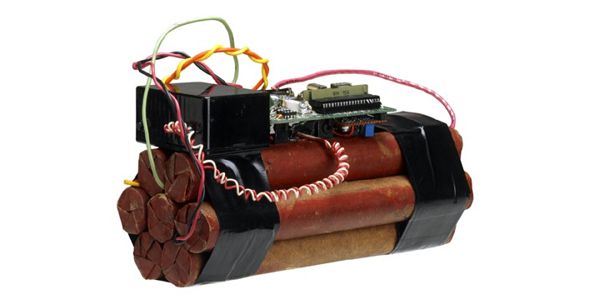 July has been a cruel month. A shocking attack by suicide terrorists left 56 morning commuters in London dead. Scarcely two weeks later, three car bombs in Sharm-el-Sheikh, Egypt, killed 88 tourists and locals. And the next day, an early morning bomb under a train in Dagestan, Russia, left a woman passenger dead.

In one week alone, the city of Baghdad witnessed 22 car bombs, including 10 in one day that killed nearly 100 people.

It has been a busy and bloody month for terrorists. Their mission has been to kill as many people as possible. As I have pointed out before in this column, the victims were not innocent “bystanders.” They were the terrorists’ intended targets. Their only crime was happening to be in the wrong place at the wrong time.

Did I say “terrorists?” What was I thinking! Britain’s BBC and Canada’s CBC have made it policy to avoid using the “T” word, which they call “judgmental.” When referring to the four men who blew up 56 people in London, they prefer to conjecture that they “may have been radicalized.” These men, who packed nails into the explosives they carried in order to inflict the greatest suffering possible, were only “attackers.” And the man whose rented car was found in a densely populated area containing 16, “ready-made” bombs set to deploy, was merely “a would-be bomber.”

Get real, people! This is not a game. The first rule of war is: know your enemy. And we’d better start calling it what it is, because like it or not, we are at war. Our enemy is a global network of radical Islamist groups who have declared war on America and on our democratic way of life.

They have made no secret about their plans to turn our own country into a Muslim society governed by “sharia” law. They have extended their war to include our allies. And beyond that, they have targeted their historic enemies (Europeans), whom they call “crusaders.” They also include the lands where they once held the reigns of power and then lost it (Spain), and those whom they consider “apostates” (other Muslims whose Islam is not sufficiently radical to please them).

Radical Islam is at the center of nearly every conflict in this deeply troubled world, from the Sudan to Indonesia, from the Philippines to Nigeria, from Pakistan to Lebanon, from Israel to the UK, from the Ivory Coast to the United States.

These terrorists justify their violence against civilians by shifting the blame onto others — the Americans, the Jews, the British, and in fact, all dhimmis (non-Muslims). For example, terrorists frequently blame their need for brutal attacks against the West on the existence of Israel. It’s a nice story, but it’s a lie. In reality, Islam’s hatred of Jews goes back nearly 1,400 years.

In 627, Muhammad ordered the massacre of 900 Jewish men in Medina and then sent their widows and children into slavery. A millennium later, Muslims were still murdering Jews in Palestine, long before the state of Israel was established in 1948. The existence of Israel may be a convenient excuse for terrorism that many are willing to accept without examination, but it is a perversion of historical fact.

Osama bin Laden took the lie one step further. When he threw down the gauntlet with his now famous fatwah, issued in February 1998, he blamed the United States for the misery of Muslims worldwide. He accused Americans of “occupying the lands of Islam in the holiest of places, the Arabian Peninsula, plundering its riches, dictating to its rulers, humiliating its people, terrorizing its neighbors, and turning its bases in the Peninsula into a spearhead through which to fight the neighboring Muslim peoples.” He therefore called on Muslims everywhere to “kill the Americans and their allies — civilians and military.”

It is easy for others to blame us for their own shortcomings, to accuse us of interfering when we come to their aid. But for us to accept that blame, and by doing so become the victim, is the depth of folly. When our overriding need for political correctness prevents us from addressing the danger that faces us, we put ourselves at great risk.

Our need for absolution for crimes we did not commit makes us weak in the face of a violent and cruel enemy. We bend over backwards to avoid giving offense to those who have offended us and flagellate ourselves for breaches of manners. But people who murder other people with whom they disagree and then blame it on their victims, do not have sensitivities that should be catered to.

The truth remains that man is accountable for his actions. He who murders is responsible for his crime. Our enemies has made it clear that their goal is to destroy us. They will neither negotiate nor accept compromise, which they view as weakness. It is therefore time for us to rethink our posture and the manner in which we deal with the threat that confronts us.

As long as terrorists confined their activities to the Middle East, we felt safe. When they struck in Madrid, we were shaken, but we still felt reasonably secure. The longer nothing happened in the United States, the safer we felt. Now they have struck in London, a city not unlike New York, Chicago, or Los Angeles.

Are we listening? The threat will not be going away any time soon. On the contrary, the attacks are coming more frequently and they are getting closer. Do we remember 9/11? Are we naive enough to think it can not happen here again?

As long as we refuse to acknowledge that there is danger, we will not be safe at all. The first step that we must take is to recognize that we are at war and to stop the insanity of a culture of political correctness that is putting us all at risk.

Ilana Freedman is a specialist in counter-terrorism and Managing Partner of Gerard Group International LLC.