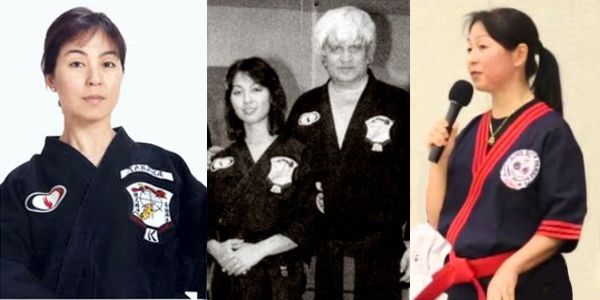 Dian Tanaka was born in Tokyo, Japan, and moved to the San Francisco Bay area with her family at the age of 7. Her interest in the martial arts began when she watched a karate class at Chuck Norris’ Karate School in Los Angeles; she began her study in Kenpo in the late 70’s at an Ed Parker school run by Mr. Harvey Clary.

She went to UCLA and earned a bachelor’s degree there; while at the university, she studied at the West Los Angeles School, which was ran by Mr. Chuck Sullivan. When she returned the following fall, the school was under the instruction of Mr. Larry Tatum.

Living in California in the 1970s, Ms. Tanaka frequented tournaments such as the Long Beach Internationals and the International Karate Championships among others. She competed in forms and self-defense categories. She went on to become a champion forms competitor.

As a Kenpo stylist, Dian Tanaka was featured as one of the Honorees in Joe Hyam’s book, The Journey.

She is also an 8th Degree Black belt in Doce Pares Eskrima under her instructor SGM Ciriaco “Cacoy Canete” and she has been blessed to have trained in the home gym of Ciriaco Cacoy Canete in the Philippines.