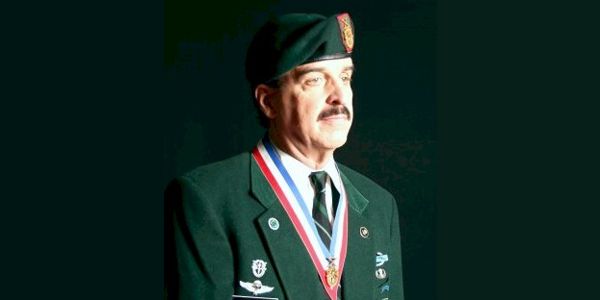 September 11 will go down in history as the day America got it’s wake-up call: for decades we stood seemingly invincible to the world, only to find out how vulnerable we really were.

In the aftermath of the attack on the World Trade Center and the Pentagon all the chinks in our armor were revealed.  The country took a mighty blow and it buckled us. But true to our fighting spirit we quickly rallied in a manner that would have made our forefathers proud.

One of the first lessons America learned was something that all-good martial artist know from day one of training; which is, you can’t put up a good fight if your guard is down.  And, as we now sadly know, for years the nations guard has been down.  With security being of paramount importance, President Bush is calling upon Americas best to help safeguard the not so friendly skies.

One such person is Don Bendell.  A retired army Green Beret officer, Bendell served with the 5th Special Forces Group in South Vietnam where he was assigned to an A-Team at Dak Pek where he trained Montagnards tribesmen and fought by there side in numerous engagements all the while perfecting his guerrilla warfare tactics.  Next Bendell was assigned to the 3rd Special Forces Group, where he became the Assistant S-2 (intelligence officer) and was placed in charge of all Top Secret Area Studies for every country in Africa and the Middle East.

Bendell’s expertise made him an ideal candidate to train a new breed of Air Marshals and Airline pilots that will be charged with protecting passengers once they enter an aircraft.

“Right now I am working with the Head of Security for the Federal Airlines Association setting up a program to train crew members and Air Marshals on how to defend against knives, guns and clubs, says Bendell.” 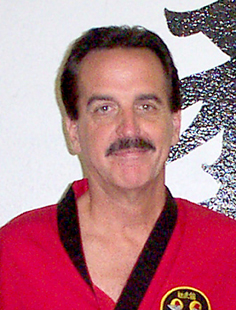 “Knife fighting is one of my specialties,” says Bendell.  “That’s why I was so blown away when I learned that those airplanes were hijacked by a few guys armed with just knives.  I thought, ‘God if you’re a man and even if you don’t know the martial arts, aren’t you willing to take a few cuts to stop something like that?’”

Although no one will ever know for sure what happened on the doomed jetliners, Bendell was able to put together a scenario that comes right out of the terrorist handbook.

“What they probably did was to take one person, most likely a flight attendant, and slit her throat in front of  everyone,” says Bendell.  “Watching someone bleed to death like that is extremely frightening.  By doing this, the terrorist psychology defeated the passengers and destroyed their will to fight back.”

The former Special Forces Captain says the best way to stop a terrorist with a knife is with a Glock 9mm firing a hollow point bullet so the round won’t penetrate the skin of the aircraft.

“That is ideal the way to do it,” says Bendell.  “I believe that pilots should be trained and armed.  I also think they should have dead lock bolts preventing entrance into the cockpit.  Plus airlines should install a special bomb proof disposal unit like the ones used by military and police bomb squads.”

In addition to packing a sidearm Bendell believes that officials should learn how to handle a terrorist without the aid of a weapon.   To accomplish this, Bendell will be teaching a combination of close quarter combat skills that employ a variety of striking, kicking, joint locks and choking techniques.

All of Bendell’s techniques are designed to work within the confined space of an aircraft. Knowing how to defend yourself while seated, or in the aisle is all a part of his special training.

“The ceiling in an airplane isn’t very high,” Bendell explains.  “So if the terrorist is using a knife chances are they will attack using an underhand thrust or a slashing move.  There are a number of ways to defend against these kinds of attacks.”

Knowing how to use everyday objects against a blade can be a life saving lesson.  One of Bendell’s favorite tactics against a person waving a knife is to use a jacket to foil the attack.

“When I was teaching bayonet defense at Fort Brag I would hold my field jacket by the shoulders with the inside toward the attacker and tell him to try and stab me,” recalls Bendell.  “As he thrust at me, I would pull my stomach back allowing the blade to penetrate the jacket.  Next I’d quickly wrap the jacket around his wrist, trapping his arm.  Then I would collapse the back of the lead knee, and all of this can be accomplished between the seats of an airliner.  Now I’ve got his arm trapped as if it were in handcuffs so he can’t reach over and switch the blade to his other hand.  To finish him off, I’d reach over, grab the windpipe and squeeze and yank as hard as I could.  This is guaranteed to ruin his day.”

As for kicks Bendell says low kicks are fine, but avoid any kind of kick above the thigh. Even kicks to the groin should be avoided as it gives the attacker an excellent opportunity to stab the leg.

“If I were to use a kick in a situation like that, it would be a Muay Thai style kick,” says Bendell.  “It all depends on how much room you have also.  A sidekick to the knee or the thigh would work well in an aircraft.  But again, you want to keep all of your kicks low. As for strikes I would use my elbow and smash it against the bridge of his nose, the neck and throat.”

Bendell’s second tactic of choice is to use an everyday belt to ward off a knife attack.  With a minimum amount of training anyone can learn how to use a belt to defend against a knife effectively.

“You can use a belt to parry the knife then wrap it around their wrist,” says Bendell.  “I like to wrap my belt tightly around the wrist, then jerk them into a jujitsu wristlock.  What makes this or any other technique work is to distract the attacker long enough to execute the move.  For example you can spit in their face, poke the eyes, reverse punch them in the face, stomp on the foot, whatever takes to break the attackers concentration.  Once that’s accomplished it’s fairly easy to put them in a wrist lock take the weapon away and kill them immediately.”

“You must be of a certain mindset when you’re on a plane and facing hijackers,” Bendell warns.  “You must kill them.  You can’t make them tap out, handcuff em’ or be polite.  You can’t let your sympathy get in the way of the safety of other people.”

One of Bendell’s favorite finishing moves is the naked choke.  This is a deadly maneuver that when applied properly can kill a person instantly.

“In Special Forces we frequently used the naked choke to take out sentries,” says Bendell.  “This is a very deadly technique.  After wrapping your arms around the enemy you kick your feet out behind you forcing him to fall backwards with his neck going forward against your forearm.   Pushing your head against the back of your hand which is on the back of his head will snap his neck like a twig.”

Another choke Bendell employs is the guillotine choke, which is used when someone attempts to tackle you.  As ghastly as it may sound, to take this move to the ultimate conclusion you must continue to choke the attacker as he goes into convolutions and beyond.  As we have learned in recent weeks, terrorism is not a game; there are no winners or losers.  There are only the living and the dead.

“The program I’ve put together is designed to help crew members or passengers stop a terrorist,” Bendell says.  “However if there is an Air Marshal on the plane you should stay out of his way.  I don’t care if you’ve got 50 years in the martial arts, you stay out of the way and let the Air Marshal do his or her job.”

To learn more about Don Bendell and his training program check out his website at www.donBendell.com