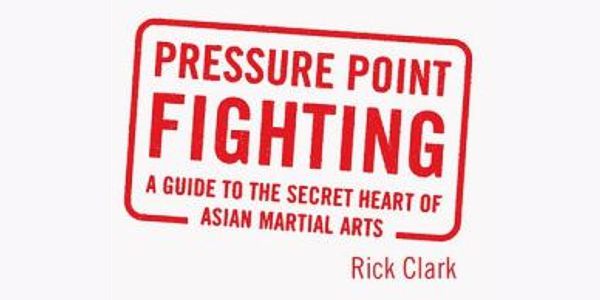 I started reading a martial arts book the other day titled Pressure Point Fighting, by Rick Clark. After reading the introduction, and then the first chapter, I marked my page and closed the book. In doing that I took a moment and looked over the cover–then it hit me–Pressure Point FIGHTING. Are most martial artists engaged in fighting? According to Webster’s Collegiate Dictionary, fighting is defined as:

Now the second definition is associated with sports and competition, so that obviously doesn’t align with the original nature of Japanese martial arts. The first definition can be related to pure violence or street muggings.

When I think of “fighting,” I think of crudely exchanging blows or maybe competitive sparring. Sport competition was never included in the ancient forms of classical bujutsu, and it is rarely found in the older forms of budo. It goes against the grain of the very nature of these activities, and you can read more about this idea in many of the late Donn Draeger’s fine books. Yes, many modern budo systems utilize sport sparring, but this is not a true presentation of combative reality, which is one of the reasons that it is largely absent in the koryu (“old style”) martial arts.

Martial arts are about combat. They’re about training the mind and body for the eventuality of conflict. This should apply to any system that is referred to as a martial art. [And strictly speaking, martial arts relate to arts utilized by the military in a martial context. This, in turn, relates not so much to self-protection, but actually to protection of a group entity, complete with techniques that could be used in large scale warfare on a battlefield. The use of weapons is almost an inevitability in this context. –Editor.] Many modern budo systems have taken this concept, focused the training on the cultivation of the mind, and down-played many of the more dangerous combative tactics. Yet even in these systems, the roots and flavor of the combative element are sometimes still evident.

Fighting, in my definition, is something that takes place between two people (at least) that have not been trained in one of the martial arts. It isn’t like in the movies where two combatants exchange punches and kicks for ten minutes before the fight ends. Many “fights” last less then 30 seconds. Moreover, if two highly skill martial artists confronted each other, the average moviegoer might be surprised to see that sometimes neither person would attack, each would wait for an opening that might never come.

Martial artists are trained to skillfully control or neutralize an encounter as quickly (and depending on the situation, as decisively) as possible. They are taught to avoid an extended exchange of blows, since the longer the encounter drags on the greater the chance of them making a mistake that would allow the attacker to get the better of them.

Thus the type of encounter the average student of aikido, jujutsu, or karate-do is focused on is not “fighting” by my definition; it is the rapid, skilled use of trained techniques in self-defense. The majority of the time, a proficient martial artist is able to avoid conflict, either through awareness and avoidance, or through turning the other cheek. When these fail and the individual is forced into a situation that requires action–fighting is the last thing that they want to engage in.

I think that martial artists should be conscious of the terminology we use to communicate information about our arts, and not just to the general public, but also to our students.