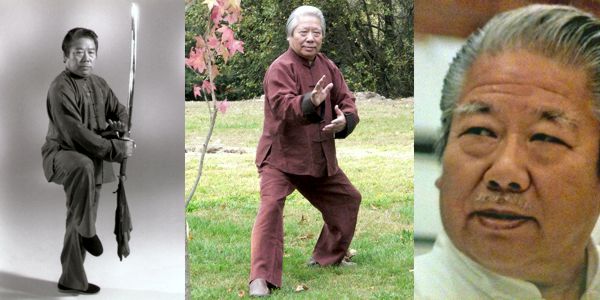 Grandmaster Fu Sheng Yuan was born in 1931. He is the son of Fu Zhong Wen and Zou Kuei Cheng, who was the great grand daughter of Chien Hou Yang.

Fu Sheng Yuan began his training at the age of 9, under the watchful eye of his father, Fu Sheng Yuan, also mastering the skills of Tai Chi. Fu Sheng Yuan had the added advantage of being born into a Wushu family, oone that was also a member of the Yang family.

Fu Sheng Yuan has been a Tai Chi instructor and a sports coach at the Tonji University, Shanghai College of Economics, Shanghai Institute of Chemical Engineering and Ching-Wu Association. Master Fu has also been a referee on a number of occasions in International Martial Art Competitions.

Yang Cheng Fu’s wish was for Fu Zhong Wen to pass on the family art of Tai Chi to the world. Fu Zhong Wen worked tirelessly to promote Tai Chi in China but China’s restrictions on travel prevented him from leaving China at that time. Fu Zhong Wen was unable to fulfill his master’s wish of spreading Tai Chi to the rest of the world. However, in 1989 Fu Sheng Yuan and his family were able ti immigrate to Perth, Australia and begin to fulfill Yang Cheng Fu’s wish. 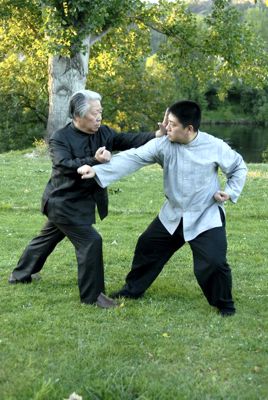 Fu Sheng Yuan continued his father’s legacy of spreading the art of Tai Chi to the world with Perth Australia as his central base. He was continually invited to teach all over the world.

He was fortunate to see and learn from his father’s kung fu brothers. Training with the experts has enriched his experience and understanding of the art immensely.

Master Fu Sheng Yuan was the only person outside China to be awarded by the Chinese Wushu Association with the Grading of 8th Dan (Silver Dragon Badge) and James Fu his son was awarded with a 6th Dan (Gold Tiger Badge). James Fu has since achieved a 7th Dan grading.

Fu Sheng Yuan passed away in March 2017, leaving the world a better place by his teaching of Yang Style Taijiquan.

USAdojo - August 12, 2008
We use cookies to ensure that we give you the best experience on our website. If you continue to use this site we will assume that you are happy with it.OkRead more