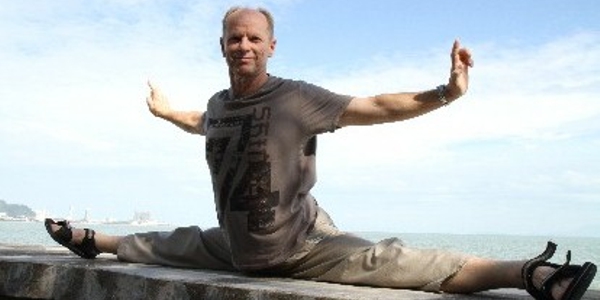 Master Geoff Bennett who has been teaching martial arts for the past 35 years.

Geoff’s interest in martial arts began as a child watching his favourite TV shows, The Samurai (starring Shintaro, the master swordsman) and Phantom Agents (another popular Japanese TV series in the 1960s). His exposure to gymnastics at an early age contributed to his remarkable agility and flexibility that you see today.

Although Geoff Bennett was only eleven years old when he was first introduced to judo, it was in 1973 when he first started taking formal lessons under Merve Okley at GoJu-Kai. In the meantime, he was checking out every other martial school in Sydney. It was a year later when Geoff Bennett decided to train under Master Ho Soon Cheng and soon became an Assistant Instructor, teaching at the University of New South Wales for The Chinese Youth Society. In 1980, he became the head instructor of the University of New South Wales Martial Arts Club.