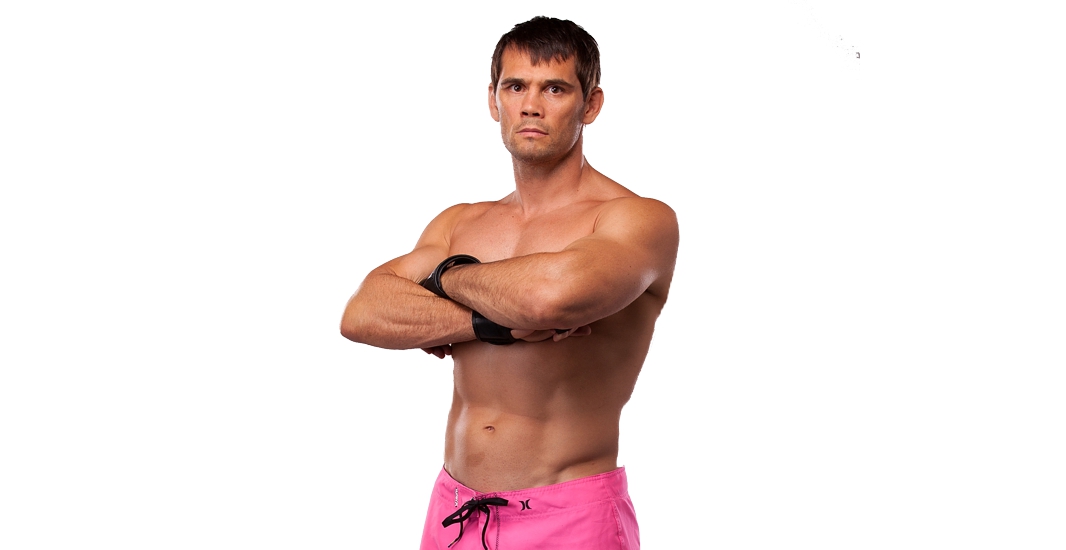 Richard Franklin was born in Kentucky on October 4, 1974, but grew up in the Cincinnati, Ohio area. He attended the University of Cincinnati, earning undergraduate degrees in both Education and Mathematics. It was during college that he spent any free time training in various types of martial arts. Richard Franklin is a mixed martial arts fighter who competed in the UFC and was a UFC Middleweight Champion. Here is Rich Franklin’s story.

My story is an interesting one, and one that begins different from most…a second string high school football player who wanted nothing more than to play college ball. Since God had not granted me the size to pursue a college football career, I decided to get back into karate. It was something my father had put me into when I was 12, and I was hoping it would quench my competitive thirst.

I met and became friends with my instructor’s sons, Josh and Shawn Rafferty. Shawn learned Thai boxing while serving in the Marine Corps, and together we took our current knowledge and added to it by training in styles other than what we were used to. At this point, I had my first taste of the UFC. After watching in disbelief that stand-up fighters could not keep a fight standing, I began studying some Brazilian Jiu-Jitsu. We began training at a school down the road with a jiu-jitsu program, and we used Rafferty’s father’s facility to train. Training was short lived as our school shut down, and attendance dropped off at the jiu-jitsu classes. From there, we had no place to train, and refusing to quit, we cleared out an old shed in the Rafferty’s backyard and continued to practice. Josh and I continued to practice in the shed, even in temperatures reaching as low as 40 degrees at some points and topping out at about 110 degrees. I would meet Shawn at the field house on UC’s campus for supplemental training.

The three of us decided to watch our first local amateur show, at which point we decided to fight. This was a pivotal point in my life, since I had just graduated college, accepted my first job as a teacher, and found a solid training facility at Excalibur fitness. We began training with Kerry Schall and coordinated training sessions for a small group of fighters at the gym. During this time I had key victories over Gary Myers and Aaron Brink, at which time Monte Cox began managing me. I went on to beat Dennis Reed, Travis Fulton and Marvin Eastman. However, it seemed our skill level had peaked at Excalibur, and we needed more training partners and resources to excel in MMA.

Once again, I found myself at another pivotal point of my life. I met my wife, we bought our first house, I quit teaching to train full-time and I found several new training facilities and coaches. It was also at this point that I was offered my first fight in the UFC. I trained at facilities run by Jorge Gurgel, a Brazilian Jiu Jitsu Black Belt (New Generation Martial Arts); Neal Rowe, a Muay Thai instructor (Sacan Martial Arts); and Rob Radford, a boxing instructor (Boxing 4 Fitness).

In 2003, I launched American Fighter clothing company with several business partners. The American Fighter message was about finding the fighter in each of us…whether you are a person battling cancer, an athlete preparing for competition or a soldier stepping into combat, we all have a fighter in us. In 2012, Affliction Clothing expressed interest in American Fighter and its wide spread appeal. They acquired the majority of the company to take the brand to mainstream retailers where it continues to grow.

The American Fighter name had an obvious connection with military personnel and I have always felt it is my civic duty to give back to the troops. I have visited military bases all over the country, both domestic and abroad. The most recent trip was to Guantanamo Bay in Cuba. In 2006, I began working with the military extensively, particularly with disabled veterans. I’m a big supporter of the Iraq and Afghanistan Veterans of America (IAVA) organization and am in talks for some upcoming projects.

This most recent chapter of my life has been a busy one. In October 2013, I launched ZeLin Juice & Fusion Café in Beverly Hills, California with a business associate. We kept the cafe open for about a year before our schedules became so busy that we had to close the brick and mortar store and try to pursue wholesale with our product instead. Let me tell you, it was one huge learning experience in how to run a company.

In April of 2014, I accepted a position with the ONE Championship organization as one of their VP’s. Based in Singapore, I have been traveling back and forth to promote the brand both internationally and within the states. I am also involved in the grass root effort to expand MMA in Asia, working with fighters in addition to hosting seminars in places like the Philippines and Cambodia.

When I’m not busy with all of the above, I’m writing or doing speaking engagements. I received some great feedback from my TedxTalk in Chicago this past April on the topic of “How to Be a Loser.” This led me to an engagement at Chicago Ideas Week where I discussed how to “Work Like a Fighter.” I also have a bi-weekly column in Yahoo Sports! where I write about fitness, health, nutrition, etc.