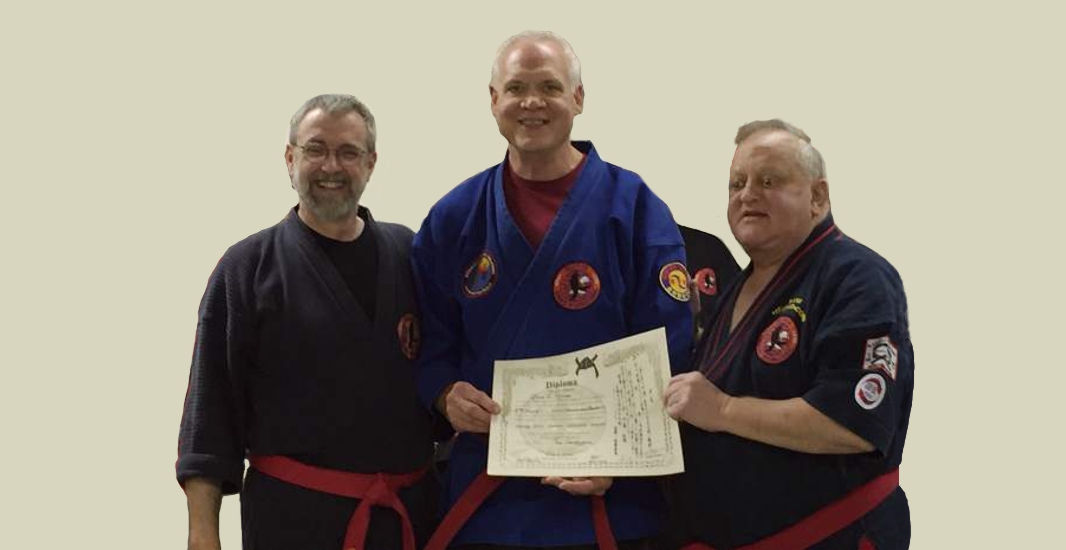 Glenn Ristine began his studies of the Martial Arts in 1976 and earned his first degree Black Belt in Isshin-ryu Karate in 1981. In 1992 he began studying pressure point theory through Dillman Karate International (DKI). He currently holds a grandmaster’s grade, 7th degree, Black Belt in Isshin-ryu karate under his Sensei, Grandmaster Chris Thomas, through the Kyusho-jitsu Kenkyukai and Dillman Karate International. He is a recognized “Senior Master Instructor” in the Dillman method of pressure points in Kyusho-jitsu and the sister-art of Tuite-jitsu. In addition, he is ranked as a 7th degree in Ryukyu Kempo (Tomari-te) and studies the Russian Martial Art system. Glenn has drawn on his knowledge of the pressure point theory, multiple style training and principles of tuite to help enhance the effectiveness of techniques.

In his system, Integrated Martial Solutions, Master Glenn Ristine teaches the Principles of Tuite and Joint Manipulation, Stress Alert Response, Advanced Applications to the Basics, Proper Body Mechanics and Transfer of Energy, Humane Self Defense Applications Using Pressure Points and Kata Breakdown utilizing the Pressure Points Theory and he is available to teach seminars as well.