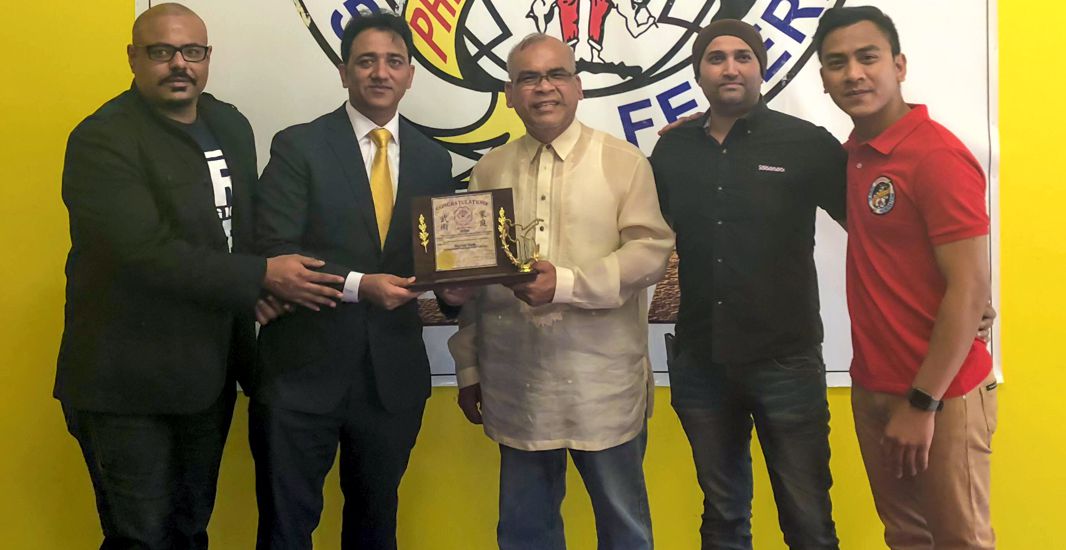 Harpeet S. Arora has been appointed the Joint Secretary of the Global Sikaran Federation (GSF) at a meeting held in Los Angeles, California. The aim of the meeting was to create a long-term plan of action to promote the ancient fighting arts of the Philippines including Sikaran.

Organized by Secretary General of the Adhoc Advisory Committee, Shammi Rana, this meeting was of vital importance. Rana, the UNESCO Traditional Sports and Games chair, was joined by Hari Osias Banaang, the President of the Global Sikaran Federation, as well as Vishal Kaushik, the Vice President of the Rising Sun Welfare Society.

In an energizing meeting, much was discussed in an attempt to help create a plan of action for promotion of classic Sikaran sports. These sports, originally from the Philippines, have been lost and the aim is to help return these arts to their original relevance in a modern society and allow for  less commercially driven sport competition.

Sikaran is totally different from other forms of martial arts, according to Banaang. While karate uses the hands, for example, kung fu uses the feet and the hands. However, taekwondo is likely the main discipline closest to the old ways. Speaking to the office bearers and players gathered at this Los Angeles meeting, Rana made clear there is an absolute need for the world to embrace and endorse more traditional games and disciplines such as this.

With sport becoming increasingly commercialized, a return to less commercially driven sports is vital to help maintain the honor and soul of sport. Rana also stated that UNESCO is fully committed to this agenda, and works to help create greater awareness worldwide.

A New Secretary
The newly appointed Joint Secretary, Harpeet S. Arora, thanks Mr. Rana and UNESCO for their efforts in helping promote such a vital topic. Also, they spoke of the cultural immensity that traditional sports have helped to forge in the fighting world, with foot fighting a historically practiced sport in various parts of the world, from India and Pakistan to the United States of America and Canada.

The aim long-term is to hold more local and international level tournaments in a bid to help raise awareness and boost long-term participation. The Rising Sun Welfare Society VP, Vishal Kaufik, also spoke of the vital importance of traditional sports in the modern era, especially for young children who need to be helped to find the rich culture of the past instead of finding themselves locked into the modern principles of the present day.