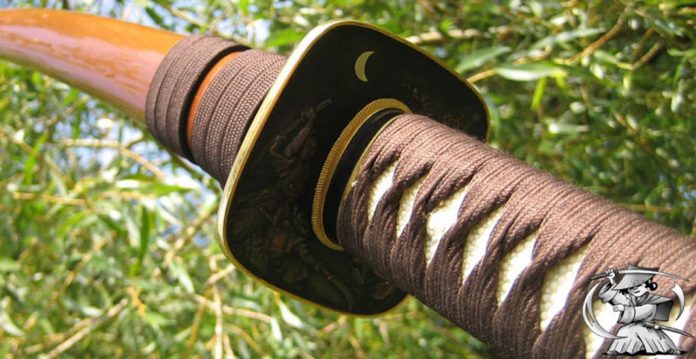 Iaido is a Japanese martial art that deals with the Samurai Sword. Actually, it is the art of counter-attack using a Japanese katana.

Iaido means “the way of harmonizing yourself in action”. The practitioner of this sword drawing art, or iaidoka, is using the samurai sword (or also know as the katana) not to defend himself against the opponent; he is using the sword to control himself in the fight. Iaido implies a smooth control of the sword, from the drawing to sheathing the sword or putting it back in a scabbard (saya).

The main steps are:

This is done very quickly and very precisely, depending on the skill of the iadioka.

The katana sword is the most important item in iaido, it is the soul of the samurai. It has a curved and single edged blade which is sharp and deadly when used properly. A less experienced iadioka will use an Iaito , which is an imitation of a katana sword with a blunt edge.

Iaido kata are a form of fighting with an imaginary opponent. The practitioner concentrates exclusively on the movements, their natural flow and the speed of the execution. The iaidoka must have the image of his enemies in his mind. The quicker the kata is performed, the better the samurai warrior is. Only experts use a real Katana sword to performed these kata.

In the field of battle, every millisecond counts for the samurai. So any unnecessary movement is eliminated. Movement is  refined by intense training through kata and other exercises. The strike is very direct, very surprising and lethal if executed correctly.

450 years of Iaido knowledge has been preserved by teachers and students from various schools around the world and will continue to be preserved  in the future, through the many  Iaido practitioners practicing today.

A real Samurai Katana is hard to find, but not impossible. If you want an antique katana, you should be ready to pay for it. Modern Samurai swords are not as pricey. They are made using new, modern, materials, so they are cheaper to make and buy.

If you are interested in learning more about the samurai, or want to wield a Samurai sword, get proper training, and don’t use a real blade until you have mastered control of the Samurai sword.

USAdojo - August 25, 2010
We use cookies to ensure that we give you the best experience on our website. If you continue to use this site we will assume that you are happy with it.OkRead more