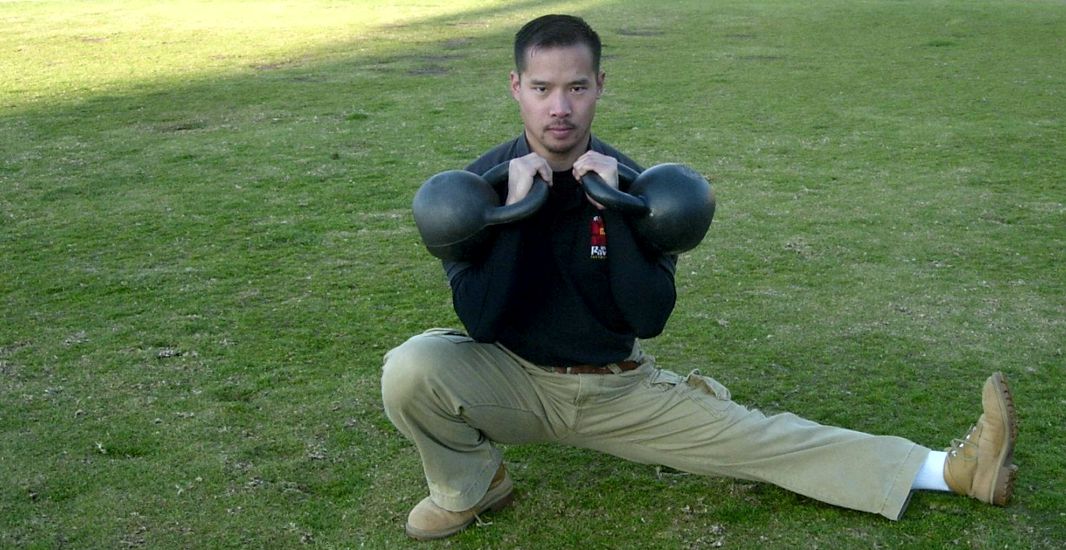 Renowned Bruce Lee protege, Sifu Daniel Inosanto first introduced Dr. Mark Cheng to Russian kettlebell training. Dr. Mark Cheng has had the honor of receiving almost all of his kettlebell training directly from the RKC Founder, Pavel Tsatsouline, and Cheng earned his initial RKC certification in April 2006, following with his RKC II in June 2007. He was honored to serve as an RKC assistant instructor at the April 2007, September 2007, February 2008, April 2008, May 2008 (Denmark), and February 2009 RKCs and the Tactical Strength “law enforcement and military only” closed courses in June and December 2007. Dr. Cheng has also assisted his mentor twice at the National Strength and Conditioning Association (NSCA) kettlebell workshops in Irvine, California.

Pavel Tsatsouline honored Dr. Mark Cheng with promotion to RKC Team Leader on December 17, 2007. Dr. Cheng made his debut serving as Team Leader in May 2008 at the first RKC event in Budapest, Hungary. Since then, he has served as Team Leader at the first Los Angeles RKC at UCLA in August 2008, and immediately afterward he served as an assistant instructor to Gray Cook and Brett Jones at the inaugural CK-FMS (Certified Kettlebell – Functional Movement Specialist) certification workshop in St. Paul. Dr. Cheng has also collaborated with Gray Cook and Master RKC Brett Jones on the DVD and manual, “Kalos Sthenos – Kettlebells from the Ground-Up”.

While he trained his wife, Dr. Courtney Mizuhara-Cheng, RKC II, as a means of getting back into perfect athletic shape after the birth of their son. Dr. Cheng’s focus is far wider than simple fat loss. He enjoys researching the combative tactical applications of kettlebell training exercises, as well as the rehab and prehab medical applications of the RKC system.

Dr. Mark Cheng’s teaching methods are very clear and focused, very precise, yet constantly encouraging. They are geared towards developing proper, safe, and powerful form in a minimum of time to yield maximum results. He has also successfully prepared several individuals for the RKC instructors’ certification with his RKC high-density training sessions. His Kettlebells Los Angeles instructors group boasts over a dozen certified RKCs on staff and has what is perhaps the strictest quality control requirements anywhere in the area. If you live in the Southern California area and wish to prepare for the RKC instructors’ course, the RKC high-density prep course will ensure your success!

If you’re not necessarily interested in becoming an instructor, but just want to enjoy the benefits of kettlebell training, you can drop by the highly popular 7AM Sunday kettlebells class. With the unparallelled energy of dozens of kettlebell enthusiasts and about a dozen RKC-certified instructors on hand, you can kickstart your energy level and metabolism and begin your week with a return to vitality.

To schedule a workshop for your company, school, team, or group or for more information about rehabilitative training sessions contact Dr. Mark Cheng by visiting his website at www.kettlebellslosangeles.com or their Kettlebells Los Angeles listing on the Martial Arts Schools and Businesses Directory by clicking on the image on the left.