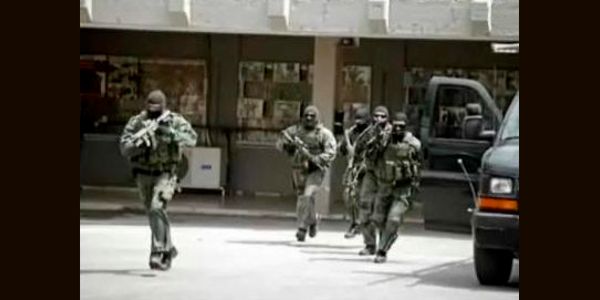 In a highly under-reported win, Israel’s Police Counter-Terror force, the “YaMaM,” won the international “Urban Shield” counter-terror competition against 27 top rated police and federal SWAT teams from around the world. Not only did Israel place first, but their point score was the highest ever in the history of the competition.The competition featured special counter-terrorism units from various countries and was held in California.

The “Urban Shield” contest was a two-day exercise. Israel’s unit reacted to different scenarios in the war on terrorism, taking control of terrorists holding hostages and more. The SWAT team, consisting of eight fighters, under the command of a Commander “B”, gained the highest score among the units that participated in the competition.

Minister of Defense Yitzhak Aharonovitch told the commander of the delegation, “You brought great pride to Israel, have proven that you are step forward before the whole world. You are fighting in the shadows away from the spotlight, and you probided the world with a taste of your abilities, and your readiness to answer the call. You have placed the Israel Police at the top of the world.”