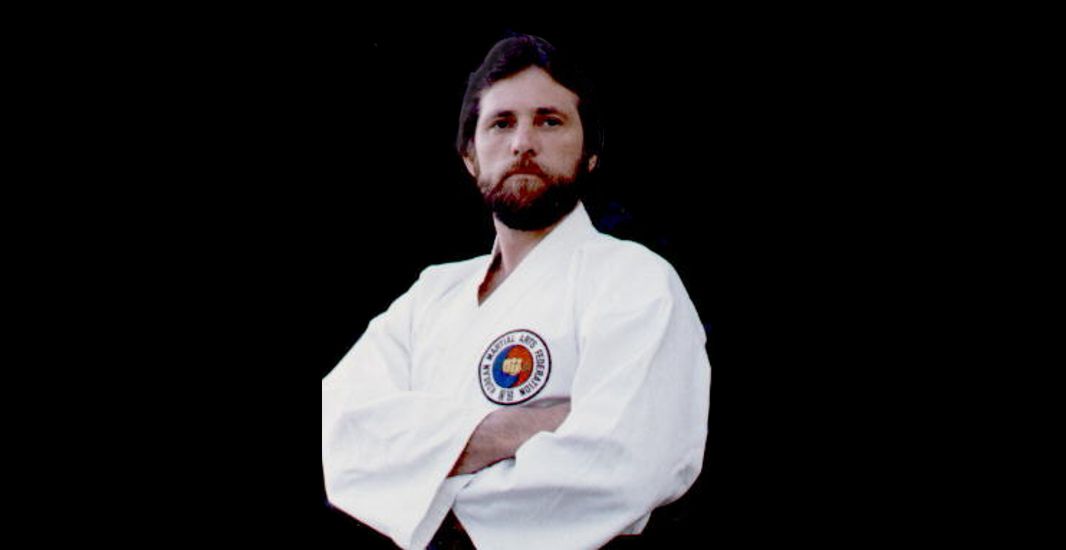 Grand Master James Benko is one of the highest ranked non-orientals in the world recognized throughout the world. He has dedicated his life to the martial arts and sharing with others what he has learned.

Grand Master James S. Benko began learning the Korean mu do (martial arts) of Tae Kwon Do, Hapkido, and Yu Sool in 1959 from Ki Jun Lee. Grand Master Lee was one of the first Korean master instructors to come to America, in 1957, and introduce these arts in the United States.

While in the military Grand Master Benko became a member of the American Special Forces, Green Berets. (Image of the special forces Insignia is to the left, image of the special forces Patch is to the right.) He spent three tours of combat duty in Viet Nam. While serving in Viet Nam, he worked with the famous Korean “White Horse” and “Tiger” divisions, who were known for their bravery and aggressiveness in combat.

While serving in Viet Nam, Grand Master Benko taught Tae Kwon Do, Hapkido, and other Korean mu do (martial arts) to American and Vietnamese military personnel, police, and other Green Berets. (Image of the Flag of South Viet Nam is to the left, image of the 5th Special Forces Flash, worn behind the Insignia on the Beret, is to the right.)

As a Green Beret, he often worked closely with the Vietnamese troops and people, training them in the use of weapons (see photo to left), village defense, and hand-to-hand combat.

It was in Viet Nam that he met two Korean martial arts masters who would change the course of his life, Grand Master Yang Hyee and Grand Master Won Soo Kim. All three became life-long friends who dedicated their lives to studying and teaching the martial arts.

It was not long after his return to the United States that he received a shock. There was no unified body to coordinate, unite, or offer leadership to Korean martial arts practitioners. After several years the situation regarding Tae Kwon Do organization and leadership in the United States showed little change.

Grand Master Benko had been repeatedly called upon by Korean martial arts students and instructors across the country to provide the organization, unity, and leadership for Tae Kwon Do.

On July 9, 1974 Grand Master Benko and his late-wife, Edna (Dieu Thi Vu), founded the International TaeKwon-Do Association™. The Association grew rapidly with members throughout the world. The Association has become one of the most respected organizations in the world.

Kwan Jung Nim Benko is also the president and founder of the following organizations:

He realized that the physical aspects of the martial arts just scratches the surface and should be balanced with mental training and development. After returning from Viet Nam, and while starting his new family, he continued his education. He received his Masters Degree in Management and Administration in 1987, and his Ph.D. in 1994.

He continues teaching and travels throughout the United States and Asia conducting Seminars and Summer Camps, like in Malaysia (see photo to right), promotional tests, and advanced training for Black Belts and masters.

Many Korean martial arts styles do not include weapons training as part of their curriculum. In order to meet the needs of Korean-style martial artists who wish attain rank in Korean weapons, Grand Master Benko created programs so practitioners can earn Black Belt and Master ranks in Korean Swordsmanship and in Traditional Korean Weapons.

He is the publisher and editor-in-chief of several Korean martial arts publications: Tae Kwon Do Journal™, Hapkido Journal™, and the Korean Martial Arts Journal™.

He is the author and publisher of more than two dozen Korean martial arts books. Grand Master Benko’s books may be found in libraries throughout the world, another endorsement of his many accomplishments and contributions to the Korean martial arts. In his unending quest for knowledge. He continues his research into the background of the martial arts. This enables him to provide the public with well researched and authoritative information.

Grand Master Benko has written, produced, directed and starred in over 70 martial arts training video presentations, including programs used by military and law enforcement personnel. He has created one of the largest and most authoritative collections of Korean martial arts videos in the world. He has been featured in magazines in Europe, Asia, and the UnitedStates. His books and videos are used by martial arts schools and universities all over the world.

Grand Master Benko is listed in:

He has been honored with several national and international awards. He received personal letters of appreciation from both President Ronald Reagan and President George H. W. Bush. He was presented with the “Key to the City” of Florence, South Carolina.

Grand Master Benko has been awarded membership in the World Head of Family Sokeship Council (WHFSC) and received the honor of being granted the title of “Grand Master of the Year”.