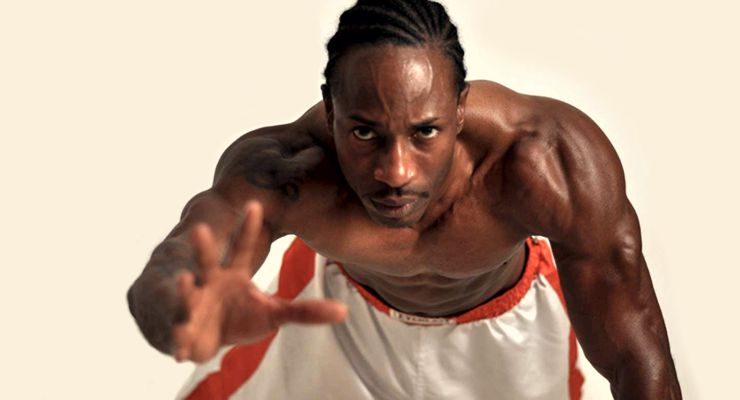 Lost Legacy Systems Traditional Mixed Martial Arts of South Florida, USA is the one of the most sought after systems, highly recognized for its survivalist, realistic combat, high energy and explosive styles effective in any and all fight and self-defense circumstances.

Shidoshi Jean Phoenix Le Grand was exposed to the Marital Arts in Haiti by his parents who were both Black Belts. In 1974, he began his official training in Tae KwonDo at the age of almost four years old under direct tutelage of uncles Grand Master Dr. Jude Innocent (10th Dan of Tiger Jude 7 Styles Martial Arts, descendant of Grand Master SifuCarter Wong), Grand Master “Tiger” Paul Innocent (9th Dan of Tiger Paul Tae KwonDo Modern Karate) and the late Master Pierro Innocent. The Innocent and Le Grand families emigrated to the United States and Canada, where as a youth, Shidoshi continued his martial arts training in New York within various martial arts styles between 1978 – 2002.

In 1989 Jean Phoenix Le Grand was encouraged by his uncles to become a student of different martial art forms. It was at that time as a 4th Dan that he was introduced to the late Grand Master Richard Sinclair (Sr. 10th Degree Black Belt) of the Iron Octopus Martial Arts Survival Defense Academy (IOMASDA Ryu), Jamaica Queens, New York. Sosai Sinclair was well renowned for his intricate system of combat which combined the stylings of Karate-Do, Ninjutsu, Kobujutsu, Taijutsu, Aiki-jujutsu and Tae KwonDo. It was at IOMASDA under the tutelage of Sosai Sinclair that Shidoshi Le Grand was exposed to the teachings of Martial Arts legends the late Professor Ronald Duncan, Sr. (Father of American Ninjutsu and Way of the Wings) and the late Dr. Moses Powell (SanucesRyu Jiu-Jitsu). As an advanced practitioner of the Arts, Shidoshi quickly mastered the curriculum at IOMASDA and within five years, earned the rank of 2nd Degree Black Belt and title of Chief Instructor where he conducted classes under the IOMASDA system.

While continuing to study under Grand Master Sinclair and Grand Master Dr. Jude Innocent, Shidoshi Le Grand was introduced to the Shaolin Kung-Fu System of Grand Master-Sifu Carter Wong. Having mastered numerous Martial Arts disciplines and systems, Shidoshi was in inspired to create his own system that would innovatively and effectively combine the styles and elements of: Tae KwonDo, several forms of Jiu-Jitsu, Ninjitsu, Tai-jutsu, Aiki-jujitsu, Uke-Jutsu/Ukemi, Karate-Do, Judo, Kung Fu, Kobu-Jutsu/Kobudo, Grappling, Wrestling and Ground Fighting, Boxing and Hand-to-Hand Combat. Thus, in 1998, Lost Legacy Systems Traditional Mixed Martial Arts was created. Shidoshi continued to cross-train in many styles in search of perfection in art, form and philosophy in which to create the strongest foundation possible for Lost Legacy Systems.

Ultimately, in 2000, Jean Phoenix Le Grand made the decision to depart from instructing at IOMASDA so that he could focus solely on the perfection and promotion of Lost Legacy Systems. Of humble beginnings, Shidoshi began sharing his diverse system of combat with close associates, family members and at-risk youth. In 2002, Shidoshi decided to broaden his reach and expand his exposure of Lost Legacy Systems to martial arts practitioners. It was at this time that he moved to South Florida to promote Lost Legacy while entrusting the teachings of his system to his high ranking Black Belts back in New York.

Within a very short period of time, Lost Legacy Systems had become one of the most sought after martial arts schools in South Florida, highly recognized for its diversity and solid Martial Arts foundation.

Jean Phoenix Le Grand has been relentless in his pursuit of exposing Lost Legacy Systems and the philosophies within it to any and all individuals, both practitioners and non-practitioners alike. Today, he remains inexorably active and present within his dojo, facilitating and being featured in countless demos, seminars, expos, publications and MMA fight promotions. Currently, he continues to study Chinese martial arts styles under Songshan Shaolin Traditional Wushu Academy, Jun Mo Wing Chun Association and Lee Koon Hung Choy Lay Fut Kung Fu Association . Shidoshi is also as an actor, director, writer, filmmaker and fight choreographer within the action film genre with his stunt team called Team Legacy, under his company It’s Your Best Kept Secret Multi-Media Group, Inc.