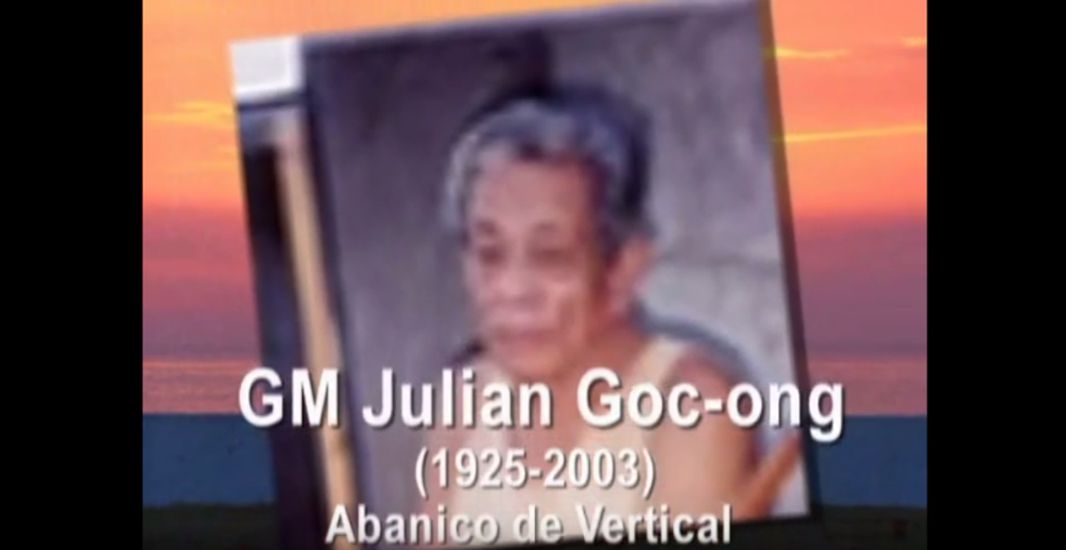 Julian Goc-ong lived in Balamban West of Cebu Province. A World War II veteran, he inherited his brand of Eskrima called Abanico de Vertical from his uncle Felix “Titi” Goc-ong. Titi Goc-ong once worked as a migrant contract worker in Hilo, Hawaii. A contemporary and townmate of GM Telesforo Subingsubing, he once killed an African American in a Juego Todo duel in Hilo. Felix Goc-ong’s style which he later handed down to Julian, traces its roots to the horseback riding Eskrimador of the late nineteenth century named Amboy Kidlat.

Amboy Kidlat is the son of the early pioneer of Moalboal, Laurente “Laguno” Sabanal, the first Christian civilian during the Spanish period to have repulsed the Moro pirates with the use of his Eskrima skills.

After a long and brave battle with diabetes, Manong Julian Goc-ong died on February 19, 2003.