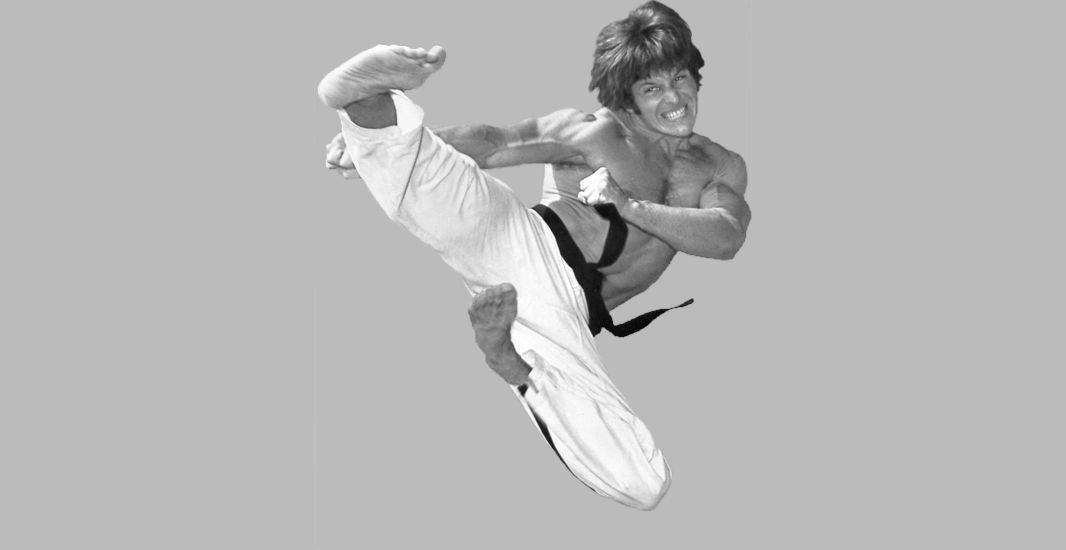 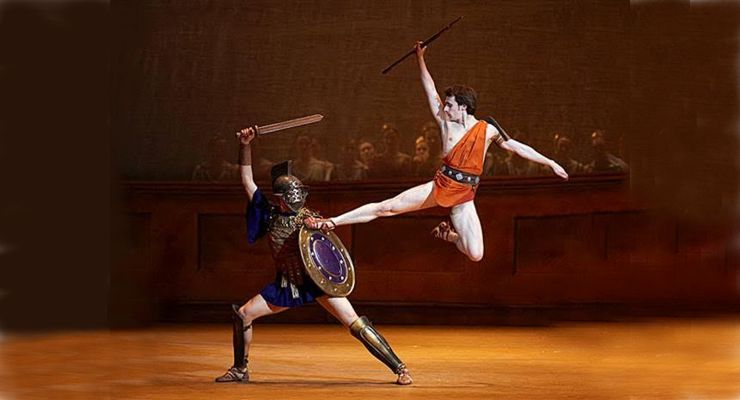 The performance of various jumps that show combat skills and strength, as well as the demonstration of jump kicks has a long history and tradition in many martial arts across the world. There isn’t a country where alongside the demonstration of combat skills various jumps over obstacles were performed. Even in the time of the ancient Greek, in Knossos, jumps over a bull were performed, and later, famous competitions in jumping over a horse were held worldwide. Those kind of competitions are mentioned in Europe (Spain, France, England, in Scandinavian countries, in the Balkans, Russia, Ukraine, Poland), but also in China, Mongolia, Korea, Japan, Australia and in some parts of South and North America. In Africa, jumps of the Watusi tribe are especially known- they jump from small elevations of termite mounds. Also, different historical legends are known in many parts of the world. They mention certain warriors who jumped over various obstacles, for example, from a heap of rocks, a fire obstacle, a river or over pinned spears.

Some martial arts historians believe that jump (flying) kicks have developed so that a pedestrian could defend himself from an attacker riding a horse (or standing from any kind of elevation, e.g. fighter cart). That kind of jump (flying) kicks performance was noted in various historical legends across the world, e.g. China, Mongolia, Korea, Japan, Russia (Cossacks) and even in different European stories, America and Australia. This could be one of the reasons why jump kicks are used in martial arts, but that, of course, is not the only reason- there exist many. 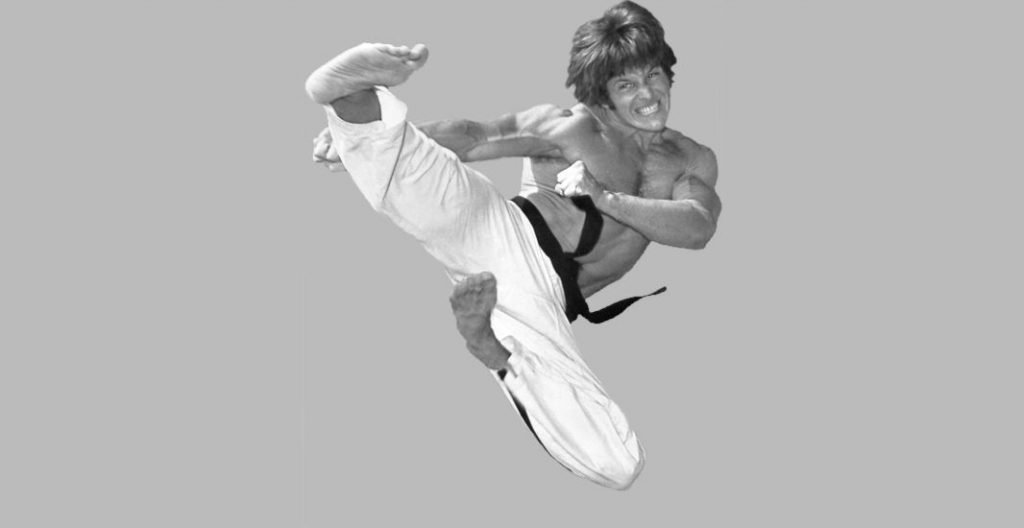 Jump kicks are carried out without a running start, i.e. as a standing jump. For those who are right- handed the left foot is the one they take off from and vice versa. That means that right- handed people take off using their left foot while the right foot first makes a swing which later turns into a punch. Jump kicks are usually performed from a stance in which the left foot is put forward and the right foot stands at the back so it can give a forceful punch. An alternative in which a jump kick is performed placing the right foot forward is rarely used. All punches are made from a standing jump, however, a short take off consisting of one or two steps is rarely used. If the left foot is used for take off, it will be used as the landing foot once a jump kick is made. 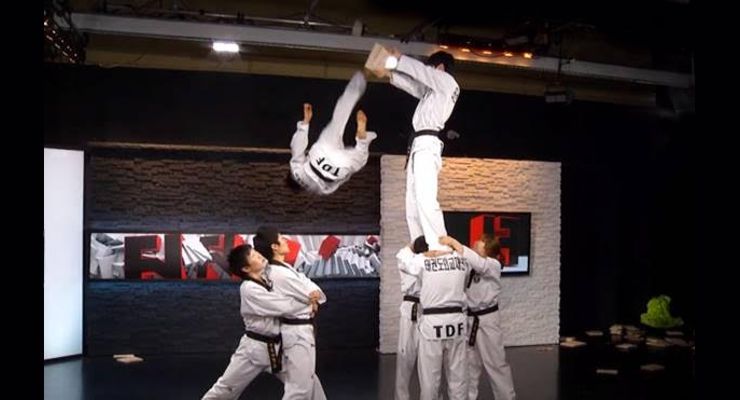 Acrobatic kicks – these kicks include movements such as flips, horizontal spins, multiple spins and jump kicks with three or more separate kicks in one. Acrobatic kicks are rarely performed with a standing jump (as in, for example, when performing an butterfly kick in the Wu Shu style), but usually use a smaller or bigger running start. Also, acrobatic kicks are much rarely performed in martial arts because their real use in martial arts is negligible. Their performance is usually reduced to a mere visual attraction where an athlete wants to show off his acrobatic skills.

In order to perform jump (flying) kicks correctly, the athlete needs to have a strong take off, good flexibility and a controlled coordination of his movements. Additionally, when practicing acrobatic kicks he must have good acrobatic skills. A person who wants to perform jump (flying) kicks needs to practice various types of jumps regularly as well as implement explosive training and plyometrics into his routine (lat. plyo + metric= measurable increase or growth).

A martial arts master need to have well developed stomach and leg muscles if he wants to perform jump (flying) kicks. For example, the stomach muscles that the athlete needs to strengthen are the following- Rectus abdominis, Transversus abdominis , Umbilicus and Adductor lumbar as well as strong leg and glute muscles- Gluteus maximus, Gluteus medius and Gluteus minimus. Also, lower leg and shin muscles are of great importance- Gastrocnemius and Soleus as well as well developed foot muscles. One of the most important muscles that helps with the performance of jump kicks is the External oblique muscle.

Is there any point in performing a jump (flying) kick in combat and what is their real purpose are questions that are often asked. Some believe that performing a jump (flying) kick in combat is useless and even dangerous for the fighter who uses such a technique. Those who think of it as nonsense have provided us with legitimate reasons why they think that way. They believe that such a technique is too risky and ineffective in sports competitions as well as in street fights. The fact is that the fighter performs the jump (flying) kicks in the air and has no real support. So, it is much easier to knock him down on the floor. Also, many ask themselves what is the real effectiveness, i.e. the strength of those punches. In contrast to their viewpoints, there are numerous people who disagree and who consider jump (flying) kicks to be very useful.

From the very beginning of development of certain styles, many different martial arts styles use different jump (flying) kicks. In order to understand the reason better, we need to travel back to distant past when martial arts were first created. The story about its beginnings is familiar and known to everyone. The story about the legendary Shaolin Temple talks about its martial arts masters who developed various martial arts styles by observing and, later, imitating different animals in combat. The fact is that many domestic as well as feral animals used jumps in combat or in defense instinctively. For example, a cat, dog, rooster or a goose may hit the attacker while jumping. Also, various feral animals such as a wolf, fox, deer, tiger, leopard, monkey, kangaroo will hit the attacker by using a jump. Even animals such as a bear, some birds or snakes will sometimes instinctively jump on their attacker. The number of such animals is too great to think of it as coincidence. Obviously, many animals instinctively use defensive or offensive jumps in order to survive.

If many animals do this instinctively, why shouldn’t the man do the same? We can almost say for sure that great ancient kung fu, tae kwon do or karate masters thought the same way. The legendary wrestler- Joe ″Jumping“ Savoldi can also be mentioned. In 1934, he was the first to use a punch that is today known as the ″drop kick“ in the catch wrestling technique. The punch was allegedly made when Savoldi immitated Australian kangaroos during fight.

The efficiency of the jump (flying) kick depends on several conditions. The first condition is that the person performing it has already rehearsed the technique well. The second condition is that the person chose the right jump (flying) kick, i.e. the one that is best to use in a given moment as well as that he can perform it correctly. Lastly, the athlete needs to know when is the right moment during a fight to actually use it.

The usage of jump kicks differs among various martial arts styles, according to the techniques they use. It also varies in different street fights. So, for example, in sport, a fighter (competitor) will gain more points if he performs a jump kick during a fight which will assure him victory. In some other martial sport, the athlete who performs a successful jump kick can disable his opponent and gain victory. Also, in street fights, the jump (flying) kick can be made from a counterattack and sometimes to assault one or several opponents. Fighters often decide to perform an jump (flying) kick in order to keep their opponent on a greater distance. If a jump (flying) kick is successfully performed, it has a devastating impact because the weight of the person who performs it adds up to its strength, as well as a certain kinetic power. 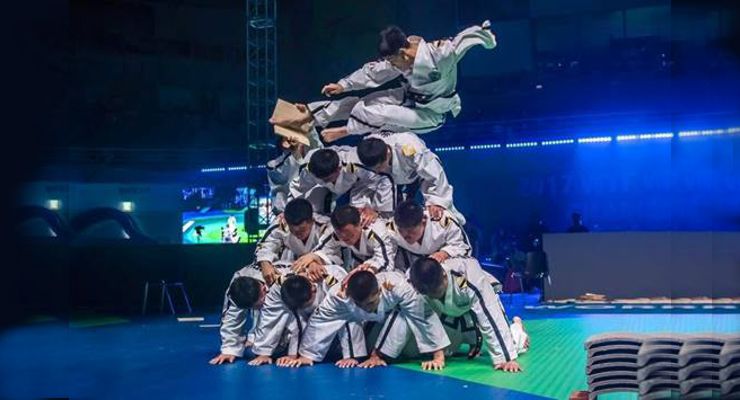 Jump (flying) kicks techniques are performed in many martial art styles, such as Korean styles of hap ki do, hwa rang do, tang so do and especially in the skill of tae (jump kick) kwon do as well as in various styles of karate, kung fu and even in jiu jitsu and aikido where it is called Tobi ashi (jump techniques). Jump kicks are also used in other styles, for example, in Muay Thay (the famous jumping knee punch), capoeira, kalaripayatt and many other.

In 1977, the Korean tae kwon do (hwa rang do) master Dr Yoo Bang Lee performed an incredibly high jump (flying) kick that reached 3.66 meters. It happened in America in front of witnesses. Even today many martial arts masters perform jump (flying) kicks that are over 3 meters high. Being able to make a jump (flying) kick of such a height is truly impressive, especially since we know that the world record in high jump is 245 cm held by a Cuban athlete called Javier Sotomayor. Having in mind that the average height of masters performing the kicks is between 172 cm and 178 cm, the fact becomes even more unbelievable. High jump athletes are on average very tall- for example, Dick Fosbury is 194 cm and Javier Sotomayor is 195 cm tall. Also, high jump athletes wear special trainers and land on soft exercise mats which are up to 80 cm thick. 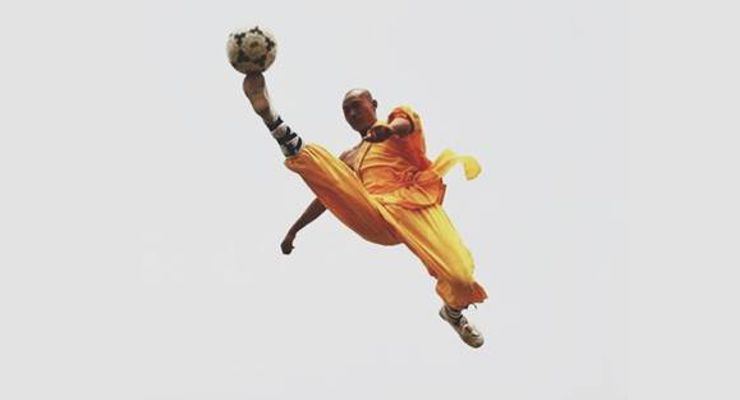 Laymen might think that high jump (flying) kicks are usually performed in other sports activities such as dancing (e.g. balet or hip- hop), among cheerleaders, gymnastics or some extreme sports (e.g. parkour). However, there is one basic but very important difference in the performance itself. When an athlete performs a jump kick in martial arts, he uses it with a unique purpose to hit an opponent or a target, i.e. the punch is the objective. Jump kicks are also performed in some sports with the same purpose, as in football if the kick is done with a ball.

Many famous martial arts masters were skilled in performing jump (flying) kicks and have often demonstrated and explained the performing technique of certain jump (flying) or acrobatic kicks. Among many masters, those who should be mentioned are: the famous master and actor Bruce Lee (whose flying kick performance is considered to be representational) and the kickboxing master Joe Lewis. The famous tae kwon do master Hee Il Cho explains jump kick techniques in his books. Others include tae kwon do masters Yeon Hwan Park, Jong Soo Park, He Young Kim, Sang H.Kim, Paul G. La Vette, Steven Ho and especially the Kukkiwon demo team.

A Karate Chop Offers Proof of the Power of Physics

Riding the Strike of the Cobra: The Softer Approach to Blocking