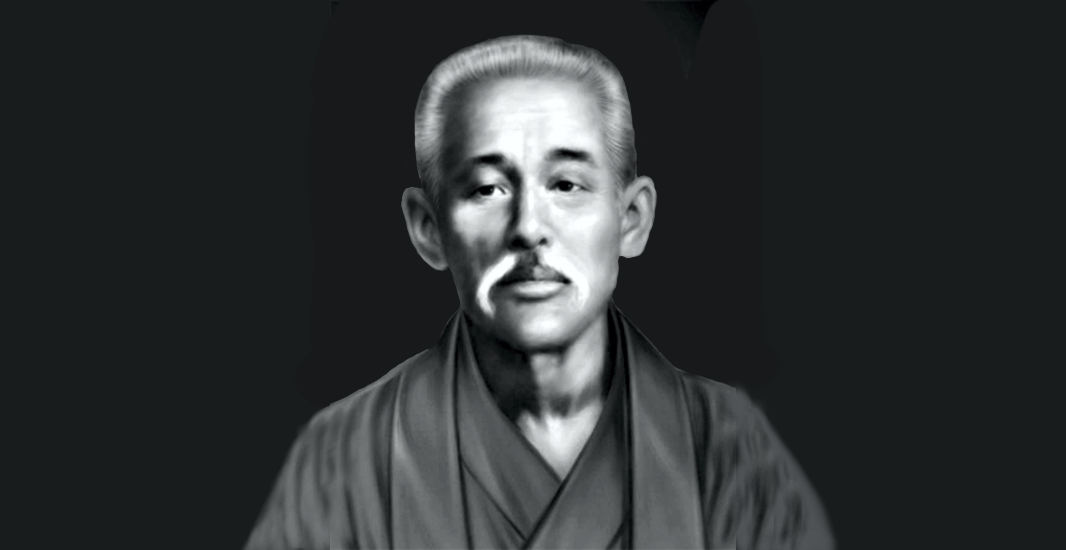 Kanryo Higaonna was born on March 10, 1853 in the district of Nishimura in the city of Naha, Okinawa. Son of Kanryo and Makomado. His father was a merchant trading food and clothes through the Ryukyu Islands. At the age of 10, Kanryo Higaonna Sensei started to work with his father, since his second and third brothers died at early age, and his first brother was weak and sick. At the age of 14 he was honored with the traditional ceremony of “katagashira” to celebrate his manhood.

That same year he commenced his formal training in Chinese Kempo with Seisho Arakaki, who had studied the Fukien style. Unfortunately not too long after, his father died as the result of a fight. This shocked the young Kanryo Higaonna so much that his thoughts were filled with a desire for revenge. This was when he decided to travel to China to learn the deadly martial arts to avenge his father’s death.

However, in those days traveling to China was restricted only to merchants, students or government officials, and permission to travel was only granted by the King of Okinawa, and the only port of departure was the port of Naha.

Kanryo Higaonna, with the help of the official Udon Yoshimura, was able to get the permit to travel to Fuchow, China, as a student He departed from the port of Naha in the year 1866, at the age of 15.

At his arrival to the city of Fuchow, Kanryo Higaonna was accepted in the Ryukyu Kan or lodge where all the students from Okinawa were living. After a year in residence he was introduced to the well renowned martial arts instructor Ryu Ryu Ko (also known as Xie Zhongxiang). Ryu Ryu Ko Sensei worked in bamboo, having his shop on the first floor of the building and his house on the second floor. He taught martial arts at his house only to a small group of selected students.

Kanryo Higaonna was not allowed to train right away, and had to follow the age-old custom of personal service to his master by attending the garden, cleaning and doing odd chores. After he had satisfied his master’s expectations, he was accepted as a disciple.

At first Kanryo Higaonna was instructed only in Sanchin kata. His motivation and dedication soon started to show up in the progress of his skills becoming “uchi deshi” (living student). He moved out from the Ryukyu Kan and started to live and work at the Ryu Ryu Ko Sensei’s bamboo shop. He was introduced to the different traditional equipment such as chiishi, ishi sashi, nigiri game, tan and muning (variation of makiwara). The training was very severe.

He settled back in the district of Nishimura in the City of Naha and like his father, in the past, became a merchant, travelling with his boat in between the islands of the Ryukyu chain.

He then started to teach a select group of students at his house. His instruction was very severe. In a short time he obtained in Okinawa the same good reputation that he had developed in Fuchow. It wasn’t too long before the King of Okinawa invited Kanryo Higaonna to teach him the martial arts.

In 1905 he was invited to teach his Naha-Te (Te from Naha) in the Naha Commercial School. The Principal wanted to teach the students the spiritual and moral aspects of the martial arts. This was an important step in , not only for the recognition of the benefits of the practice but also because until then Te was taught as a martial art with the skill to kill.

After his research, Kanryo Higaonna, decided to make an important change in the Sanchin kata. Until then, Sanchin kata was practiced with open hands, so he started to teach it with close hands and slower breathing with the purpose of promoting the health benefits, rather than promoting lethal techniques at the school. Kanryo Higaonna introduced the closed fist to emphasize the physical strength more than the ability to kill. Tradition also play an important roll for this change because he noticed that a lot of young Okinawans, without any knowledge of martial arts, naturally stood with closed fists when they were going to fight. He continued to teach the original way that he learned in China to his few students at his dojo.

After 1905 karate became a little bit more accessible to the general population because until then Te was practice for just a selected group of people. Kanryo Higaonna Sensei passed away on December 23, 1915 at the age of 62.