Home Who's Who Karen Sheperd: All Woman, All Warrior 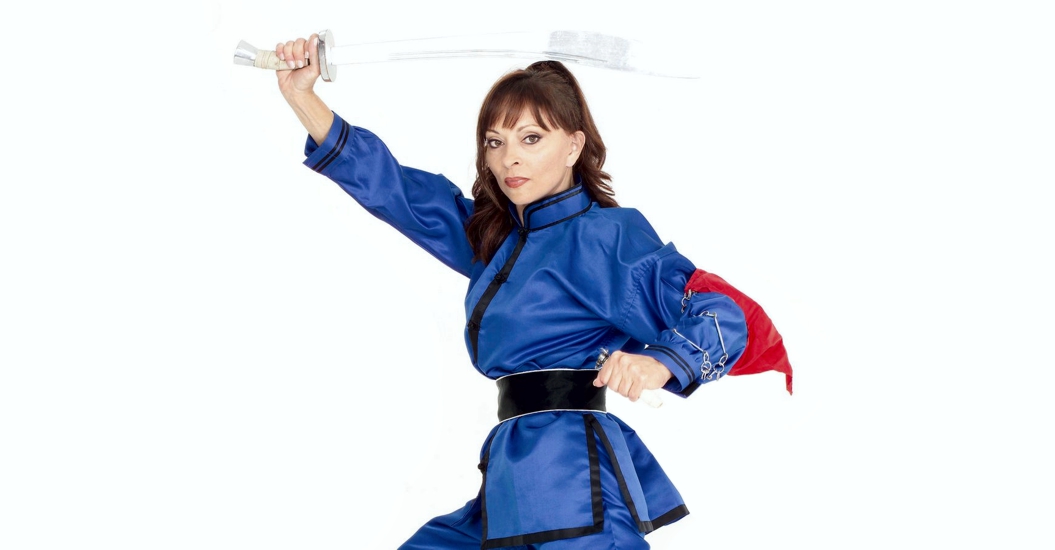 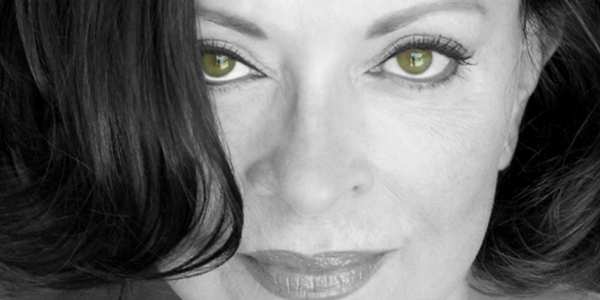 “My Martial arts were always my inspiration. They helped me maintain my drive for success and gave me the discipline to follow my heart toward achieving my goals.” ~ Karen Sheperd

Karen Sheperd is considered a role model by martial arts fans and action oriented film and television audiences worldwide. The former #1 Black Belt Martial Arts Champion has successfully converted the focused determination of an awarded athlete into a steadfast passion for acting and stunt fighting.

Having been a gymnast, Karen was first attracted to the physical beauty of martial arts movements and quickly found herself deep into studies ranging from Tai Chi Chuan to Shotokan Karate . . . and many systems in between. Having found a physical art that also emphasizes spiritual and mental development, Karen became hooked for life. She began competing in and consistently winning national competitions. Karen was the first woman to hold the title of #1 USA Women’s Black Belt Champion in Forms (Kata) competition, a title she held for two consecutive years. She was the first woman to win the Grand Champion title at the prestigious U.S. Open Karate Championship, a win so unprecedented that it attracted much publicity, including the national evening television news. Karen’s showmanship and prowess with forms and weapons wowed audiences worldwide and help set a new standard for forms competition. She excels with such weapons as the Double Broad Sword and the Steel Whip Chains.

Karen is one of an elite group of individuals to have been inducted into the Black Belt Hall of Fame. Respected worldwide for her expertise and skill, Karen has been featured on the covers of every major martial arts publication and in hundreds of articles worldwide.

Karen was in the middle of a successful national tournament tour when she was approached to star in her first film. She went to Japan to film Shinobi (also starring Tadashi Yamashita and Eric Lee) and realized she was hooked. She left the competition circuit and relocated to Hollywood to immerse herself in acting studies. Karen also taught fitness, aerobics and martial arts. She landed a role in the Universal Studios stage production of The Adventures of Conan where she performed as the sword wielding “Red Sonja” in over 3,200 performances. 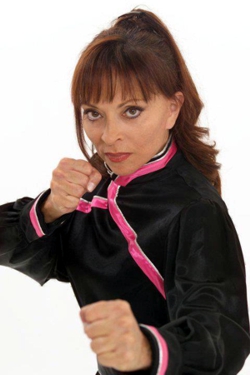 Along the way she went to Hong Kong to appear in what would become a martial arts cult classic, Righting Wrongs (a.k.a. Above the Law), directed by Cory Yuen.

Having been a longtime fan of martial arts movies, Rob Tapert (the producer of the Hercules: The Legendary Journeys television show) offered Karen the role of The Enforcer. Under the direction of T.J. Scott, Karen turned in a most memorable performance in her first episode which drew the highest ratings garnered to date for the entire series. The Enforcer role is one of Karen’s favorites: “On my first day in New Zealand, I had a costume fitting and a make-up test. When I put on the costume and the black wig, it felt right . . . but not complete. The director, T.J., suggested the black contact lenses. When I popped those into my eyes and turned around to face the mirror, it was as if I became possessed. The Enforcer was born … her movements, mannerisms and focus came to me like magic.”

Karen has also guest-starred and co-starred in other television shows such as Diagnosis Murder and V.I.P. Besides acting, Karen lends her expertise to the stunt business. She regularly performs all the fights for “Nikki” (played by Natalie Raitano) on V.I.P. Karen has turned in some memorable fights (doubling “Faith” and “Kathy” the roommate) with “Buffy” (doubled by Sophia Crawford . . . a hot Karate Diva herself!) in Buffy the Vampire Slayer. 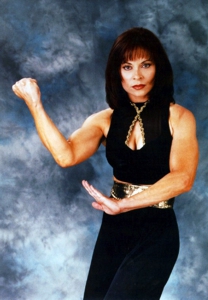 Possessing an irresistible combination of beauty, lethal martial arts skills and theatrical range, Karen has proven her status as one of the top ranked action actresses around and was named among the “Top 10 Martial Arts Movie Stars” in Black Belt Magazine alongside Jackie Chan, Chuck Norris and Jean-Claude Van Damme. She was voted “The Most Popular Female Martial Arts Superstar” by Inside Kung Fu magazine.

Karen is a contributing editor for Martial Arts Training magazine where she writes a regular motivational and training column. She travels the seminar circuit sharing her knowledge and insight on training tips, martial arts conditioning, the secrets of winning forms, combat for film and stage and motivation and focus in the martial arts. Karen continues to support her art with personal appearances at martial arts tournaments, charity benefits and conventions.

One of the most versatile talents to go before the camera, Karen possesses a winning mixture of self confidence and unorthodox determination. Film makers seem to like the combination as Karen continues her steady rise to prominence as a member of an elite fraternity of performers and martial artists dedicated to the mastery of their craft.

USAdojo - September 10, 2013
We use cookies to ensure that we give you the best experience on our website. If you continue to use this site we will assume that you are happy with it.OkRead more