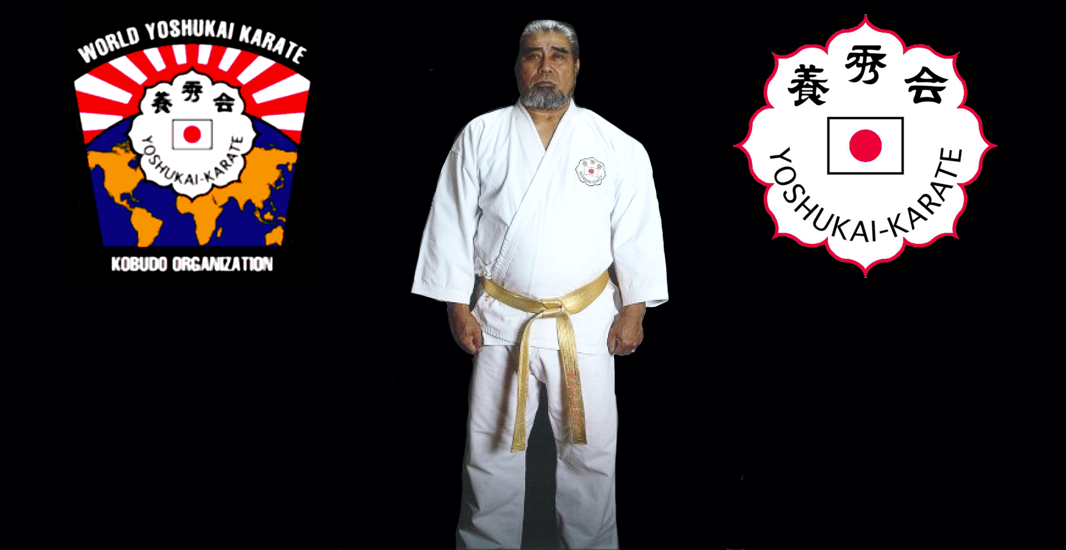 Katsuoh Yamamoto was a 10th degree Black Belt and the Founder of Yoshukai Karate.  He was born on July 10, 1938 and at 12 years of age he began working out with a friend and learning the basic skills of the art of karate. He began serious training in Chito-Ryu Karate at the age of 15, under Master Tsuyoshi Chitose the founder of Chito-Ryu and the former student of the famous Master Gichin Funakashi.

Katsuoh Yamamoto trained faithfully and in 1960, at the age of 22, he won the national competition for all the Chito-Ryu schools and became the number one practitioner in Japan. He retired undefeated as the All Japan Karate Champion in 1961 and also achieved the position of Master. The following year, Master Katsuoh Yamamoto founded the first school of Yoshukai Karate and in 1963 his art was recognized as a legitimate art. As his students became instructors, Yoshukai grew throughout the world, including in the United States.

Having met while serving in the Japanese army, Hiroyuki Koda trained with Yamamoto, eventually becoming his disciple and Yuki, as he was known, lived and traveled with Yamamoto for 6 years. Becoming one of Yamamoto’s top students, Koda was asked by Yamamoto to travel to the United States to teach in martial arts schools there.

In 1969 Master Yuki Koda arrived in the United States. He was to be here only 3 months, but soon Yamamoto and Koda decided to established U.S. Yoshukai Karate in United States and they opened the first school in Alabama that same year. They would soon open 27 more schools both in the Southern United States and in the state of California. The art would produce some incredible Black Belts, including Gerry Blanck, the World Karate Associations Super-featherweight Champion. A week after becoming involved in Yoshukai Karate, Katsuoh Yamamoto visited Gerry Blanck’s school and Gerry’s decision to study Yoshukai Karate was proven to be the best decision he had ever made as he experienced the skills of Katsuoh Yamamoto. As time went on Gerry Blanck was even more impressed with the many areas a student could study within Yoshukai Karate as well as with the encouragement he got from Yamamoto and Koda when he wanted to branch out of the system.

Yoshukai Karate soon became well known as the Actual Fighting Karate through special demonstrations performed throughout the world. These demonstrations challenged the limits of human power as Mr. Yamamoto broke baseball bats, blocks of concrete and blocks of ice. Katsuoh Yamamoto was known to have bent two aluminum baseball bats with his shin, and he and his student, Hiroyuki Koda, are the only two individuals who ever broke two wooden baseball bats at the same time using their shins. Another feat of strength and will performed by Yamamoto used a 40 centimeter thick block of ice. Yamamoto would place one hand on the top of the block and hit both his hand and the ice block with a wooden mallet, breaking only the ice. One of Katsuoh Yamamoto greatest feats was fighting and killing a Bengal tiger with a staff and his bare hands, proving that he could face death head on. The Samurai Spirit that Katsuoh Yamamoto demonstrated in everything he did was the one concept he felt made his art different from every other martial art. Yamamoto’s students must have the mental strength and the toughness of a Samurai Warrior to advance in Yoshukai Karate. Even a beginning student must demonstrate samurai devotion and dedication to the art of Yoshukai Karate.

World Yoshukai Karate is recognized for its extensive physical training, its self-defense, and its teaching of self-control and respect for oneself and for others. World Yoshukai students are noted for their perseverance, loyalty, dedication, respectful manners and strong hearts.

Grand Master Yamamoto founded and was the driving force behind the World Yoshukai Karate Kobudo Organization, an organization determined to provide quality instruction to everyone. Soke Katsuoh Yamamoto passed away in Japan on February 12, 2017. He died at 78 years old. Katsuoh Yamamoto was one of the last masters of karate that trained with the pioneers who brought Karate from Okinawa to mainland Japan.

Vincent Marchetti Has Passed Away