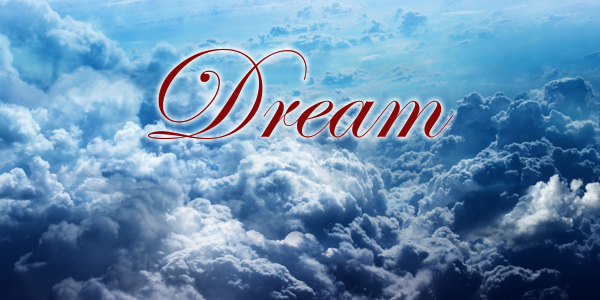 Create a vision and visit it often. Keep Your Dream Alive!

Kids are great at this. Have you ever known a child who wanted something really badly? In almost every case, what happens? They get it. Why? Because they have an “until” attitude. They won’t be satisfied until they get the object of their desire. They bug mom and dad. Or they save tirelessly to earn enough money. They have that attitude instinctively, but often lose it as they grow up. For some reason, as they mature, people begin to lose faith in themselves and their ability to achieve their dreams. I’ve talked at thousands of school assemblies over the course of my career. If you ask a group of kindergarteners a question, every hand goes up. They are sure that they have something valuable to contribute. With second graders, most of the hands go up. Among seventh graders, maybe three or four young people will raise their hands out of a class of forty. By the time they’re sophomores, rarely will one of them volunteer to put themselves on the spot!

Mind you, if you talk to them one to one, most of the teenagers do have something to say, but in a group setting they seem to have lost the ability to risk themselves. Something in life often causes young people to become compliant and to stop trying to stretch their boundaries and show their individuality. The overriding message that they seem to hear is, “You can’t do it.” I remember one of my friend’s parents telling him, “It’s better to expect nothing, because then you’re never disappointed.” If you hear that message frequently enough, it’s hard to keep a dream alive. It’s true that life is challenging and sometimes it is hard to stay optimistic, but you’ve got to try.

So where do you begin? You begin by attempting to disregard all of your limiting beliefs, your fear of failure or perhaps even your fear of success. The key is to “attempt” this action. Don’t worry about whether you really are able to or not. You just need to make a conscious effort to move in the right direction. What’s next? Create a vision. Visualize where you want be, what you want to be doing, who you want to be with. Be as clear as possible. See it. Feel it. Taste it. Spend as much time as you possibly can on this, until you can really start believing it.

Finally, every chance you get, visit your vision – all the time, at first. And then continue to visit it on a regular, consistent basis. Enjoy the process and watch what happens next.

I Got No Problems – Nurturing Gratitude

Dave Kovar - January 29, 2014
We use cookies to ensure that we give you the best experience on our website. If you continue to use this site we will assume that you are happy with it.OkRead more