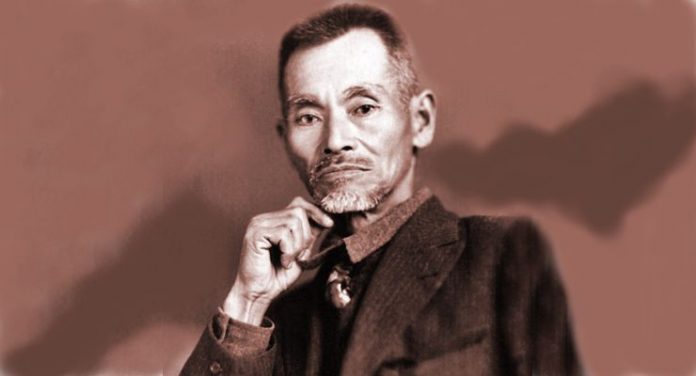 Kentsu Yabu was born on September 23, 1866 in Shuri, Okinawa. He was a prominent teacher of Shorin-ryu karate in Okinawa from the 1910s until the 1930s. Kentsu Yabu was among the first people to demonstrate karate in Hawaii.

When Kentsu Yabu was a young man, he began training in Shorin-ryu karate. His teachers included both Matsumura Sokon and Itosu Anko.

In 1981 Kentsu Yabu joined the Japanese Army and served in Manchuria during the First Sino-Japanese War of 1894-1895. Kentsu Yabu was promoted to lieutenant, but to his students often refered to him as gunso, or sergeant.

Kentsu Yabu visited the United States twice, once during 1921-1922 when his oldest son was having a baby, and again in 1927. During his second visit, Yabu returned to Okinawa through Hawaii and he ended up spending about nine months there. He spent most of his time on Oahu, but he also visited other islands. Kentsu Yabu gave  two public demonstrations of karate at the Nuuanu YMCA in Honolulu.

As an instructor, Yabu’s teaching methods involved much more rote repetition than his predecessors. He was also credited with making Okinawan karate training more militaristic. As former military, he expected students to line up in rows and to respond by the numbers. This was probably also part of the general militarization of Japanese athletics common during the early 20th century.

USAdojo - July 9, 2015
We use cookies to ensure that we give you the best experience on our website. If you continue to use this site we will assume that you are happy with it.OkRead more