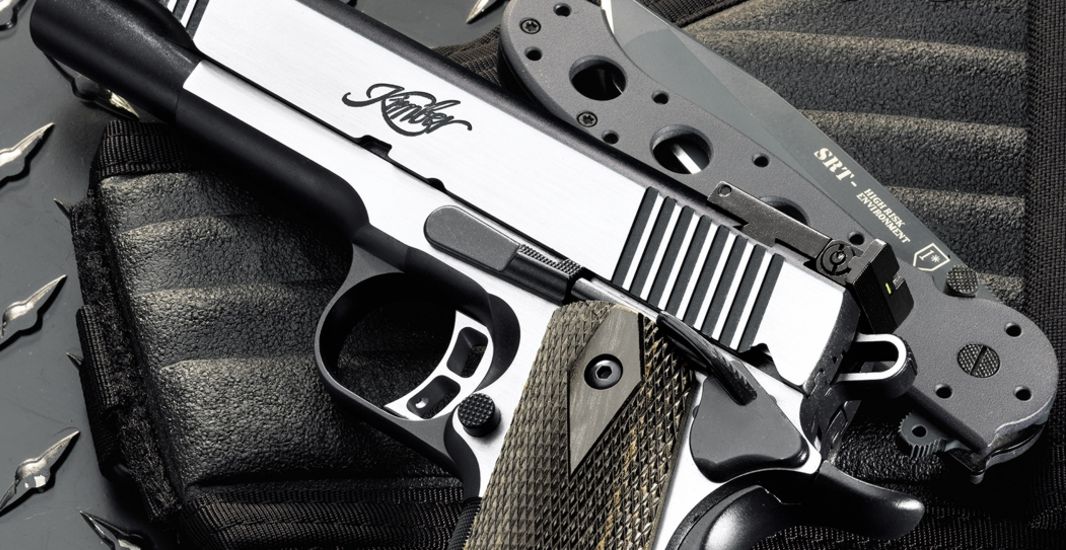 Okay, on the surface, it’s an insane statement: if I have to fight someone, hand to hand, I’d rather be armed with a knife than a gun. However, if you take time to think about it, it makes perfect sense. For me, this revelation came while I was attending an Instructor course on the “Tactical Folding Knife”. I’ve always had an affinity for knives and this particular program was especially appealing to me.

Now about that statement: ” . . . I’d rather be armed with a knife than a gun.” All of us who are intimately familiar with handguns know that almost all of them, and certainly all of those from reputable manufacturers, have what is called a “disconnect safety”. This safety keeps the weapon from being fired when it’s not completely in battery. When the weapon is not fully in battery, the chamber isn’t completely sealed. If the weapon were fired “out of battery”, explosive gases and propelled material could be blown back toward the shooter. To push a handgun out of battery, all one needs to do is push the slide back about one-quarter of an inch, give or take dependent on the specific weapon. I once knew a Military Policeman who demonstrated this; his downfall was that he did it with a loaded weapon. You can imagine the results. My suggestion would be this: if you are concerned about whether or not your disconnect safety is operating properly, take the unloaded and properly secured weapon to a gunsmith or armorer. Let someone with the proper training function test it for you. 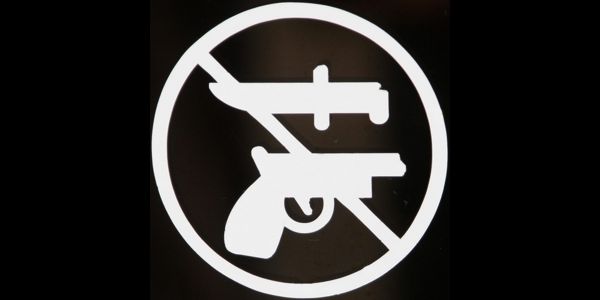 So, think about this hand-to-hand fight. If you are justified in using lethal force, you have your gun in hand. If your assailant’s hands are empty, he has two hands with which to grab at your weapon, and all of the weapon, with the exception of the grip in your hand, is his to grab. So, that is two of his hands on the slide, barrel and dust cover of your pistol, to your one hand on the grip and your finger on the trigger? If so, his pulling may result in an unintended discharge. If not, you are at quite the disadvantage.

All of this, of course, is assuming you are armed with a pistol. If you have a double action revolver, all anyone has to do is secure the cylinder. If the cylinder won’t turn, you can’t pull the trigger and you’re back to that tug-of-war. If you have a single action revolver, you’re pretty close to that unintended discharge scenario above. Now ask yourself this: how hard would it be, in this tug-of-war over your pistol, to force the slide out of battery? Not very hard is the obvious answer. With the slide out of battery, what are you having a tug-of-war over? The answer is, Who will have final control of this weapon and the ability to use it.

To adequately gauge the outcome of such a tug-of-war we would have to know the knowledge, skills, fighting abilities, size, strength, etc. of each of the involved parties. It is certainly not a tug-of-war I’d be happy to be in. I know of just this type of situation that occurred involving a seasoned officer whose defensive tactics and officer survival skills were top notch. The officer was a Defensive Tactics instructor with over twenty years of martial arts training and experience. The end result? The perpetrator was shot during the struggle. I’m not sure there is a “better” outcome for this scenario, but from the police point of view (and that’s my background), at least the officer won the fight over the gun.

Now back to that question of knife or gun: if I’m in that same fight, holding a good quality lock blade “tactical” folding knife, there is little for my assailant to grab. After all, the knife only consists of the grips, which I’m holding, and the blade that is presented as I’ve been taught. What is the assailant going to grab to try to take this weapon? Bear in mind that we’ve already stipulated that lethal force is an acceptable option, otherwise we wouldn’t have had out that pistol as a level of force. If the bad guy tries to take the knife, he’s going to have to grab either me or the knife blade. If he’s stupid enough to grab the knife blade, more power to him. If he grabs me, my training is such that I can still use the knife as a lethal force tool.

I also have to think about the psychology of survival in these situations. If I have a gun and I manage to shoot my assailant, there is no guarantee that the wound will stop him. Although we’ve all seen actors blown dozens of feet across a room or through a nicely shattering window by a single nine millimeter round, we’ve also all seen hundreds of scenes where the hero-actor of the movie gets shot, sometimes repeatedly, and continues valiantly on to win the fight. The bottom line is that few of us have actually been shot, and we don’t know how we, or our assailant(s), will react to that gunshot wound until it happens. What we believe, combined with our will to live, is what often determines how effective that gunshot wound is.

Now let’s consider the knife injury. Is there anyone reading this article that hasn’t been cut? Not necessarily as the result of an attack, but even just quartering a chicken in the kitchen or whittling when we were younger. The large majority of us, if not all of us, know exactly what a knife blade feels like as it penetrates or lacerates our skin and the meat underneath. I’d venture the guess that quite a few of us have had stitches as a result of an accidental knife wound during our years of growing up and simply living life. A knife wound is a known injury something we all remember not enjoying. Further, when you examine the impact of the movies, just as we did above with gunshot wounds, wounds from edged weapons are often horrifc. Freddy Kruger literally disemboweled his victims with his finger knives. People are beheaded or lose limbs to attacks from longer blades. The point is that while gun shot wounds create an injury with unknown levels of related pain and results, the knife wound is a known experience with serious psychological trauma attached.

I know a few defensive tactics instructors who are teaching unarmed edged weapon defense. The primary method I’ve seen taught originated in England where the “Bobbies” don’t usually carry sidearms. If they are attacked with a knife, redirecting the attack, making distance and deploying their handgun is not an option. Instead, they close distance to violently disable the knife-attack system and then further disable their assailant. The “knife-attack system” is everything on the assailant from the shoulder to the knife. Additionally, since someone has presented lethal force in an attack against them, there are few restrictions on the force the “Bobby” can use in return to disable the bad guy.

Considering all of the above, I have to say that faced with an assailant, in a hand-to-hand fight situation where I can justify the use of lethal force, I’d rather have that quality folding knife. The training that I’ve had has given me the knowledge and skills to deploy that weapon in such a way that I believe my attack will almost immediately disable my opponent. I feel confident that the injuries I can create with my knife will be more quickly disabling than the injury created by a gun shot wound. Why? Because of the type of attack I’d employ and the personal nature of the knife injuries delivered, I believe my assailant would immediately end his attack and most probably begin begging for medical attention just as quickly, if he can.

Don’t take my word for it. Look around; read other articles; search the internet. There are several academies that provide training with knives. Further, investigate the knives themselves. My favorites come from Emerson (the Commander in my pocket), Masters of Defense (the Dieter CQD on my gunbelt) and Spyderco (the Delica or Endura in a different pocket).

Is Your Firearms Training Complete