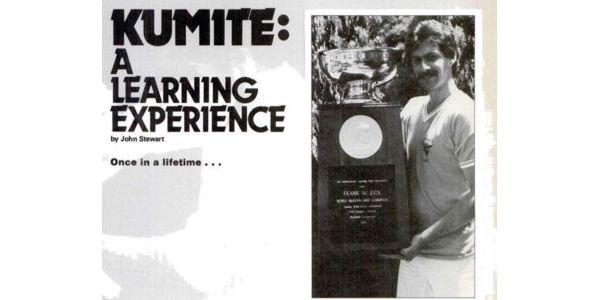 From Time to time, BLACK BELT learns of unusual events or occurrences in the martial arts; events that-either because of their nature or because they occurred in the distant past-cannot be easily verified. Because we do not want our readers to be misinformed, BLACK BELT has a policy of strict verification of all facts pertaining to any article. In this case, several members of the staff have invested considerable amounts of time and energy checking the details of the following article, which was the product of a series of four interviews conducted over a period of three months. Although there is no convenient way to verify each and every detail connected with this story, the editors have verified enough of the basic facts to feel confident in publishing it. But since we are not a liberty to share the corroborating evidence with the public, we acknowledge that each reader may have a different idea of what the facts permit him to believe.

For years the rumors have circulated. Those with an ear to the ground have heard fantastic tales of an invisible organization, an organization that sponsors an international, no-holds-barred tournament pitting dedicated martial artists of all arts against each other in bare-knuckle kumite.

According to the whispers, this kumite takes place at a secret location once every five years. Teams from dozens of countries are alleged to be transported to a secluded location to compete against other martial artists of all styles, providing feedback on new techniques and putting traditional favorites to a very rel test. And for a variety of reasons, including legal reasons, including legal reasons, the organization are said to extract a written promise id sikence from each participant. Regardless of the outcome, the competitors are not permitted to talk about what they saw and experienced. And none of them do.

Fantastic exaggeration? Perhaps. totally impossible? Not at all.

Because on member of the organization has received permission to talk publicly about such an event, the martial arts world may gain an insight into the reality that has fueled these continuing rumors. And although it may come as a shock to some that theses rumors have a basis in fact, the actual truth is not so startling as it would seem at first.