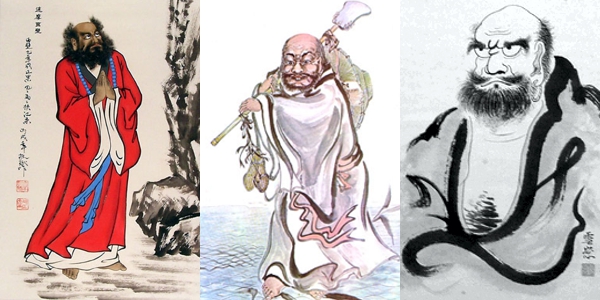 Kung Fu: The Short Explanation
In general, Kung Fu is a label used to describe any martial art that comes from China. It is the generic name for literally hundreds of individual Chinese fighting arts, both “internal” and “external,” ancient and of relatively recent invention.

The words “Kung Fu” can be literally translated as “skill from effort”. It can be used to describe anything that requires a person to invest both time and effort into training to become skillful. In these terms, a chef, artist, musician or computer programmer can all be said to have good “kung fu”.

It is said that the term “Kung Fu” gained widespread use in reference to Chinese Martial Arts during the influx of Chinese immIgrants to the United States during the 1800s. An alternate spelling, “Gung Fu,” was made popular by the late Bruce Lee during the 1970’s. Lee’s spelling is actually the most accurate, as the pronunciation is closer to the hard “G” sound of the English “good” or “gong” than the sharp “K” of “king” or “kong.”

Regardless of spelling or pronunciation, the term “Kung Fu” has become ingrained in popular consciousness as synonymous with Chinese Martial Arts. Therefore, this is the term used throughout this web site.

Kung Fu: The Long Explanation
This is an almost impossible category. This label is attached to almost any martial art that comes from China. It is the generic name for literally hundreds of individual Chinese fighting arts. In reality we should have an entry for each individual Kung Fu style we are interested in, but this would fill entire volumes. However, we will do our best.

This is extremely controversial. Most of what appears here is a summary of what has been learned from Sifu Benny Meng.

There are vague references of a King in China some thousands of years ago who trained his men in techniques of hand-to-hand combat to use in fighting against invading barbarians.

The first real references of an organized system of martial arts came from a man named General Chin Na. He taught a form of combat to his soldiers which most people believe developed into what is modern day Chin-Na.

The first written record we have of Chinese martial arts is from a Taoist acupuncturist from the 5th century. He describes combat designed along the lines of an animal’s movements and style.

Legend has it that a Bhuddist monk named Bohdiharma, also called Ta Mo, came across the Tibetan Mountains to China. The Emperor of China at the time was much impressed with the man, and gave him a temple located in Honan – the famed Sui Lim Monastery (Shaolin Monastery). Ta Mo found that the monks there, while searching for spiritual enlightenment, had neglected their physical bodies. He taught them some exercises and drills that they adapted into fighting forms. This became the famous Shaolin Kung Fu system.

“Kung Fu” means “skill and effort”. It is used to describe anything that a person needs to spend time training in and becoming skillful in. (A chef can have good “kung fu”.) The Chinese term that translates into “military art” is “Wu Shu”.

As all martial arts, Wushu in its early stages of development was practiced primarily for self-defense and for acquiring basic needs. As time progressed, innumerable people tempered and processed Wushu in different ways. By China’s Ming and Qing dynasties (1368-1911), Wushu had formed its basic patterns.

Intense military conflicts served as catalysts for the development of Wushu. During China’s Xia, Shang, and Zhou periods (2000BC to 771BC), Wushu matured and formed complete systems of offense and defense, with the emergence of bronze weapons in quantity. During the period of Warring States (770BC to 221BC), the heads of states and government advocated Wushu in their armies and kept Wushu masters for their own puposes.

Military Wushu developed more systematically during the Tang and Song dynaties (618 to 1279) and exhibitions of Wushu arts were held in the armies as morale boosters and military exercises. In the Ming and Qing dynasties, the general development of Wushu was at its height. Military Wushu became more practical and meticulous and was systematically classified and summarized . General Qi Jiguang of the Ming Dynasty delved into Wushu study and wrote “A New Essay on Wushu Arts”, which became an important book in China’s military literature.

The latter half of the 20th century has seen a great upswing in the interest of Kung Fu world wide. The introduction of Kung Fu to the Western world has seen to it that its development and popularity will continue to grow.

Description
Styles of Kung Fu encompass both soft and hard, internal and external techniques. They include grappling, striking, nerve-attack and much weapons training.

The Shao-Lin styles encompass both Northern and Southern styles, and therefore are the basis of the following outline.

Kung Fu almost always seems to incorporate forms and routines. They emphasize solo practice as well as group practice. (They even have forms for two or more people). They train in multiple types of weapons. There is also a great emphasis on sparring in the harder styles, and sensitivity training in the soft styles.