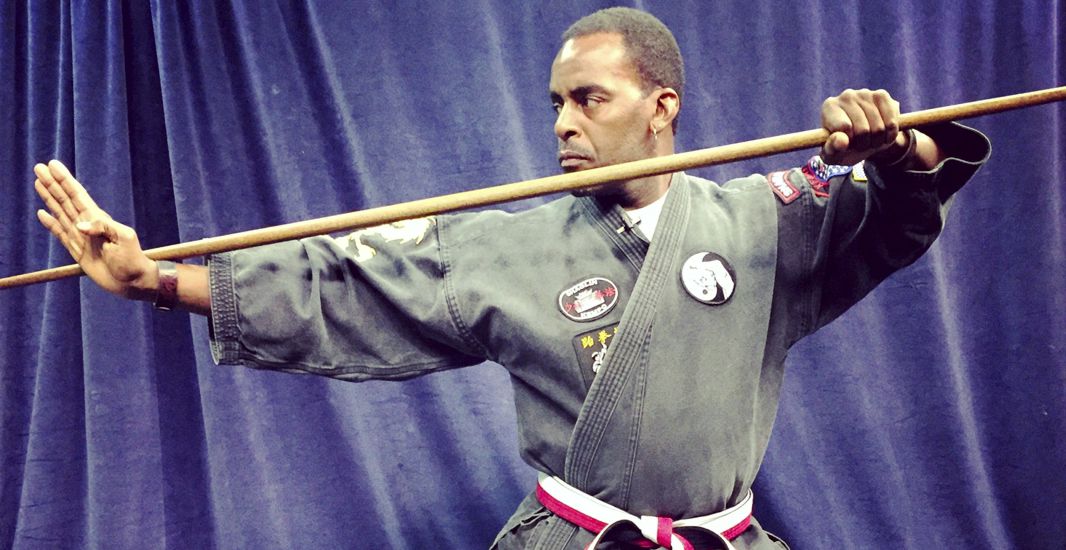 Now at the Rhode Island Shotokan Karate Honbu Dojo headquarters “Shojukempo International”, Hanshi Martin teaches the different versions of kata to his Shojukempo students, to show respect to the men that have passed away, men like Grandmaster Ed Parker, Prof. Nick Cerio, Grandmaster William R. Gregory, Grandmaster Daniel K. Pai. He has taken 2 Kata from each of these men’s systems to make Shojukempo a unique system of study.

This Traditional Japanese Ryu is a combination of 3 major styles (ryu) Sho-Shotokan, Ju- Aikijujitsu, and Kempo. Founded in 1980 by Soke Larry Martin after winning the New England Middleweight title in Kickboxing. Soke Martin wanted to teach a more comprehensive style of martial arts so he and 5 of his Black Belt students put together Shojukempo Ryu. Teaching traditional Shotokan Karate-do and Okinawan Kempo as the foundation of Shojukempo, adding Combat Aikijujitsu as the finishing touch.

– President and founder of the INTERNATIONAL TORA DO RYU KARATE ASSOCIATION.

– Board member of the International Ryu Kyu Kai Karate Association

– Awarded Hanshiship in 2002 from Grandmaster Montezuma C. Cantu 10th Dan President Ceo of the International Black Belt Federation with appointed letter as Ambassador to Europe an Canada for the Martial Arts. plus Board Member and Director for the Japanese Karate-do Division in Rhode Island under the All Japan Okinawan Karate Association.

Vladimir Vasiliev - February 1, 2011
We use cookies to ensure that we give you the best experience on our website. If you continue to use this site we will assume that you are happy with it.OkRead more