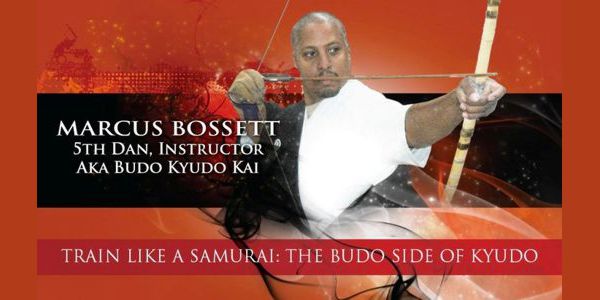 Marcus Bossett is a 5th Degree Black Belt and holds the Renshi Instructor’s title with the International Shorin Ryu Karate Kobudo Association. He is also a Nidan 2nd Degree Black Belt Instructor with the International Okinawan Kobudo Association USA (Weapons). Also ranked as 4Th Degree Black Belt Renshi in Shorinji-Ryu Jujitsu. In July of 2008 Sensei tested in Japanese Kyudo with the American Kyudo Renmei under the watchful eye of 4 masters from Japan’s All Nippon Kyudo Renmei Passing his 5th Dan in Kyudo. Out of a 14 others, from all over North America, he was the only one to pass that year. He also placed 2nd in the international tournament. 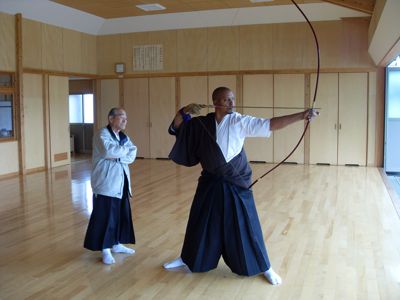 In Kyudo he has won the National Taikai (tournament) 1 time and been in the top 3 shooters, 4 times. Bossett, Sensei has also been the Dojo manager of the national seminar 3 times. As a certified instructor he has over 17 years as the owner of his own Karate school. Bossett, Sensei has been in numerous films and has made guest appearances on TV and radio. He has made several appearances in martial arts training tapes, and has created his own 3-part series covering Combat Shorin Ryu. 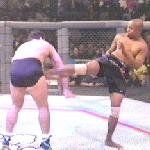 You can also watch Bossett, Sensei compete in the UFC IV, V, and XII. He has done well in over 8 of these full contacts no rules competitions. Bossett is one of the most progressive, innovative and powerful instructors available today.

Marcus has a lovely wife, Michi, who is a 3rd degree Black Belt in kyudo. She also has a Masters Degree of Education and supports Japanese language for our kyudo students in Long Beach. Michi’s favorite job is caring for their young daughter, Miwa.