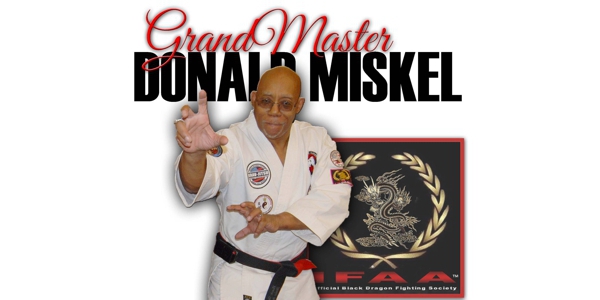 Most who know me know that I’m an advocate of strength training. I pump iron and practice several other modes of intense training. I’m not interested in body building but I am interested in strength and a powerful body. In previous articles I have explored the benefits of weight training and I still swear by them.

I’m no longer a young man. I’m closer to seventy than I am to sixty. Fifty seven plus years of that time has been dedicated to the martial arts. Along with training in the arts I’ve been weight training since my early teens. I’ve listened to the arguments from various instructors and masters about the negative benefits of weight training for the martial artist. Early in my martial art career I studied judo and jiu-jitsu and I wrestled in school. In those arts I heard less about the detriment of weight training but when I became involved with karate, kempo and kung fu all of that changed. I was an amateur boxer in my youth and later boxed as a semi pro which meant that I was a sparring partner for serious boxing competitors. I never heard those complaints in boxing but as I dedicated myself more to the oriental striking arts I began to hear that litany. Weights and karate (my primary art at the time) don’t mix. Fortunately I listened to my own counsel on that matter. I continued to strength train when all of my fellow students listened to our instructors and did only moderate calisthenics. In the end I generally managed to physically dominated them. I hit like the kick of a mule.

Weight training isn’t the only means of conditioning for the martial arts. A practitioner can choose any of a number of methods but if he is serious in his art he’ll soon realize that he needs more than moderate stretching and a few pushups to mold his body into the fighting machine he might envision himself to be.

A weight training program doesn’t have to be a power lifting regiment or body building routine. Ballistic training with relatively light weights increases the strength of the ligaments and tendons while strengthening the fast twitch muscles that compliment speed. Long lean muscle can be the result of the right kind of training. High reps with light weights can accomplish that admirably. Weight training doesn’t have to result in excessive size or bulk. A lifting program can be tailored to the need of the person.

In no other martial art, area of physical competition, sport or fighting system does anyone think that their art alone is enough for physical Conditioning. Expertise demand more. Not that we’ll ever reach that level of perfection but if we intend to strive for it we’ll have to condition our bodies to compliment our training.

Strength is only one consideration in this supplemental training. Aerobics are necessary for endurance. Flexibility is also necessary. Not just the occasional ham string stretch or Chinese split but total body flexibility. A well conditioned body lends itself better to the demands that intense training and even combat puts on it.

Practicing the basics will condition the body well enough for the casual practitioner. Punching and kicking in the air will increase speed while work on the heavy bag will increase punching and kicking power. That level of training would suffice the average casual student who may compete in the occasional tournament or kata competition but for the serious athlete or hard core martial artist more is required. There is no easy path. Expertise comes at a price. It comes with blood, sweat and tears and with maximum effort. The path to mastery requires more than the twice a week hour long class. A sensei will teach you the techniques but it’s up to you to condition your body to perform those techniques. Not in the gym or dojo but where the rubber meets the road. You may be able to punch like Joe Lewis or kick like Bill Wallace but if you’re winded after a couple of kicks and punches you’ll never be the warrior you want to be. You have to train. It’s become a cliché but it is as true as when it was first uttered; “No pain no gain”.

Pain isn’t pleasant. Most sensible people avoid it but most sensible people don’t become warriors. The warriors in our society are the policemen and soldiers who keep our community and our country safe. Also the warriors are those who will make the sacrifices necessary to mold themselves into true martial artists. That should include you my brethren. The Black Dragon Fighting Society has been famous for creating some gut bucket fighters. While our new image hopefully lends itself more to individual social and familial responsibility we don’t want to lose that edge. We practice our own code of bushido. We are gentle warriors. That is to say we’re gentle when we can be but the ultimate warriors when we have to be. Being constantly capable and ready for any eventuality means being mentally and physically prepared. That state of readiness comes at a price. It requires personal effort and sacrifice. It requires conditioning for martial artists and that means physical training and physical and mental conditioning.

Thomas Kurz - October 20, 2013
We use cookies to ensure that we give you the best experience on our website. If you continue to use this site we will assume that you are happy with it.OkRead more