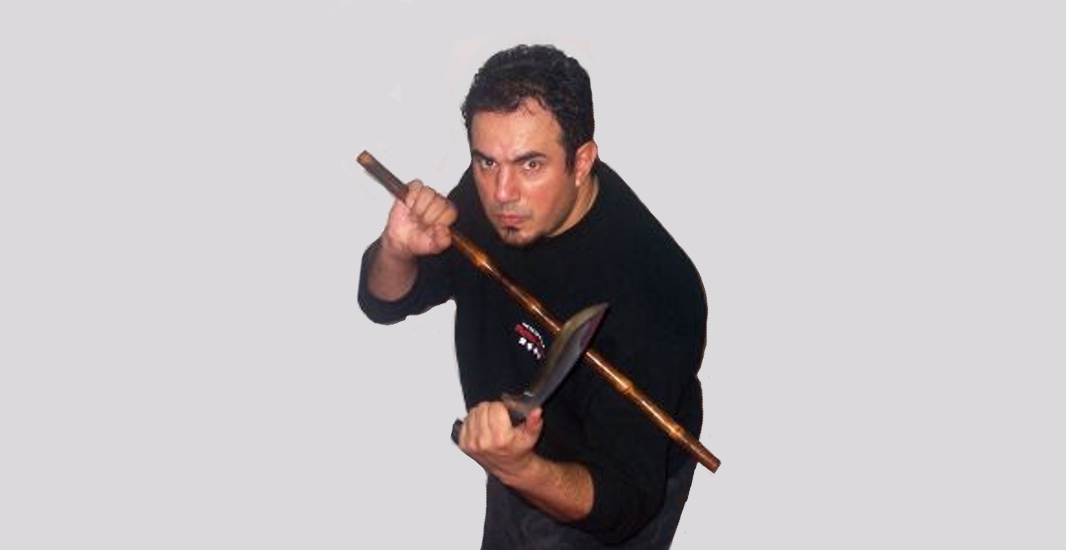 Modern Farang Mu Sul ® founder Michael De Alba is a lifelong student of the Martial Arts, with over 35 yr. in the arts. His training includes a wide variety of systems, but his major has been Korean styles such as; Hwa Rang Do, Hap Ki Do, Do Hap Sul, Tae Kwon Do, Kuk Sool Won, Sun Moo Do and others. He trained in Korea as well as other Asian countries. While in the military he taught various special units (i.e.: Seals, Rangers, etc.). Grand Master De Alba has trained with many great Masters from diverse systems. He has achieved black belts in several arts and is considered one of the most innovative and knowledgeable instructors today. He is in great demand for seminars and demonstrations around the U.S. and abroad (especially his Combative Knife Fighting and Grappling seminars).

Michael De Alba has developed the De Alba System of Modern Farang Mu Sul ®. This roughly translates as “the Fighting Art of the Farang Warriors”. Modern Farang Mu Sul ® is an amalgamation of various arts in De Alba”s repertoire, but traces it’s main roots to four versions of “Classical Hwa Rang Do”. Some of the main distinguishing aspects of Modern Farang Mu Sul ® are it’s focus on practical self defense and it’s quite progressive approach to improvement of the art and the individual student. De Alba”s specialties include conventional and unconventional weapons as well as CQC (Close Quarter Combat). His teaching methods reflect a diversity of skills with a definite focus on effective self defense.

Michael De Alba holds the position of Founder, President of Kuk Sa Nim of the art of Modern Farang Mu Sul ®, with representative schools branches across the USA, Europe, Puerto Rico and South America. His title and rank have been awarded and recognized by some of the most respected martial artists in the world coming from such prestigious organizations such as ATAMA (American Teachers Association of the Martial Arts), MACS (Martial Arts Collective Society), WMAA (World Martial Arts Alliance), WHFSC (World Head of Family Sokeship Council), International Chosondo Federation, National Korean Martial Arts Asso., The Society of Hwa Rang, and others. He is a published author and has appeared in numerous international Martial Arts magazines. He has also produced a series of instructional video tapes and training manuals exposing a number of specialized areas of Modern Farang Mu Sul ® to the general public.

Vince Palumbo - May 23, 2007
We use cookies to ensure that we give you the best experience on our website. If you continue to use this site we will assume that you are happy with it.OkRead more