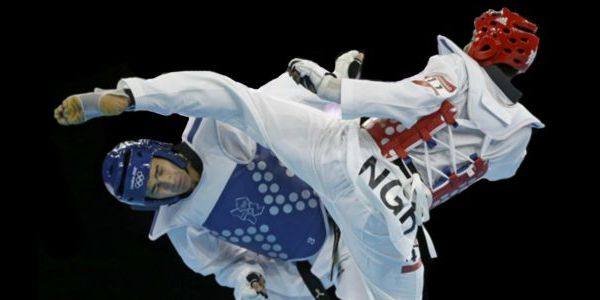 Modern Sport Taekwondo has developed in the decades since the 1950’s and  its emphasis is on speed and competition, as in Olympic sparring. Modern sport Taekwondo can be differentiated from other martial art styles by its emphasis on kicking.

Sport taekwondo is subdivided into two main styles. The first is the South Korean style WT Taekwondo or World Taekwondo, (was WTF Taekwondo). The other is derived from the International Taekwon-Do Federation (ITF) (North Korea).

The first style is practiced by WTF Taekwondo practitioners, and it is derived from the Kukkiwon, which is the source of the sparring system sihap gyeorugi, an event at the summer Olympic Games and which is governed by the World Taekwondo Federation (WTF). Today, the Kukkiwon, or World Taekwondo Headquarters is the traditional center for WTF Taekwondo; founded by Dr Kim Un Yong on May 25, 1973. The World Taekwondo Federation (WTF) has created and is responsible for the maintenance, and evolution of the standard competition rules for Taekwondo at the Olympic, World, National, and Regional levels.  U.S.A. Taekwondo (USAT) is the national liaison to the  WTF.

The other comes from the International Taekwon-Do Federation (ITF).

There are doctrinal and technical differences between sparring in the two main styles and among various taekwondo organizations, but the art generally emphasizes kicks thrown from a mobile stance, and employs the leg’s greater reach and power as compared to the reach and power of the arm. Taekwondo training  includes a system based on blocks, kicks, punches, and open-handed strikes and it often includes various take-downs or sweeps, throws, and joint locks.