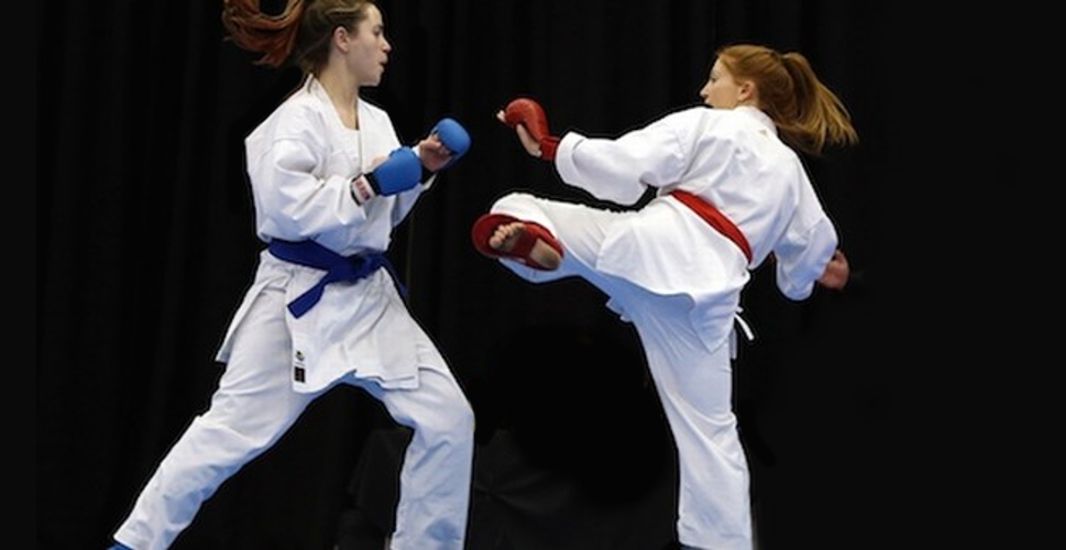 Organizations hold competitions, or tournaments, from the local level to international levels.

Tournaments are designed to match members of different schools or styles against one another in kata, sparring and weapons competition. Competitors are usually separated by age, rank and sex and the rules may be different based on these factors. The tournament may be exclusively for members of a particular style or a “closed” tounament, or it may be one in which any martial artist from any style may participate within the rules of the tournament an “open” tournament.

The World Karate Federation, or the WKF, (once the ITKF), is the largest sport karate organization and is recognized by the International Olympic Committee (IOC) as was responsible for karate competition in the Olympic games. The WKF has developed common rules governing all styles. The national WKF organizations use to coordinate with their respective National Olympic Committees, but karate does not currently have Olympic status. In the 117th IOC Session (July 2005), karate received more than half of the votes, but not the two-thirds majority needed to become an official Olympic sport.

Competitors may compete in both sparring and kata, either as individuals or as part of a team. Evaluation for kata and kobudō is performed by a panel of judges, whereas sparring is judged by a head referee, and “corner” referees at the side of the sparring area. Sparring matches are typically divided by weight, age, gender, and rank (experience).

WKF only allows membership through one national organization/federation per country to which clubs may join.

Another organization, which at one point was suppose to come together with the ITKF to make the WKF but didn’t, formed what is now called the World Union of Karate-do Federations (WUKF). The WUKF offers different styles and federations a world body to join, without having to compromise their style or size. The WUKF accepts more than one federation or association per country.

Different Sport organizations use different competition rules. Some rules state that protective gear must be worn and others state that it cannot be worn. Some allow striking to the head  and groin area, others do not. There are light contact karate rules which are used by the WKF, WUKO, IASK and WKC. There are full contact karate rules that are used by Kyokushinkai, Seidokaikan and other organizations. Bogu kumite rules, which allows full contact with protective shielding, are used in the World Koshiki Karate-Do Federation organization. Shinkaratedo Federation and the All Japan Glove Karate Federation allow the use of gloves. Within the United States, rules may be under the jurisdiction of state sports authorities.