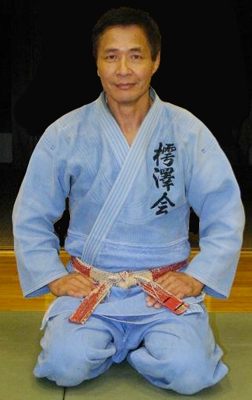 Master Nori Bunasawa is the founder of Bunasawa JUKKENDO, a comprehensive style of martial arts based on Kodokan Jigoro Kano’s Judo self-defense and “Conde Koma” Mitsuyo Maeda’s Pro-Fighting MMA style of Judo /Jujitsu. He combines his extensive knowledge of throwing, grappling and submission with the striking arts. His background also includes Boxing, Karate, and Kempo and he has put all these techniques together into the newer martial art form of Jukkendo.

Nori Bunasawa Shihan (Master of the Art of Judo/Jukendo ), is the head instructor of Bunasawa-Kai Judo/ Jujitsu /Jukendo Dojo. He is a 9th Dan (degree of red and white belt).

Bunasawa Sensei is a former Japanese Judo champion. He was a US World Team coach in 1975, Japanese World/Olympic team member and has been an international champion many times.

Nori Bunasawa has performed Judo for many TV commercials and films. In 1975, Sensei Bunasawa did a stage show with Bob Hope. In 1984 he made an Olympic Games ad for ABC television. In 1992, Sensei Bunasawa starred in a feature length Hollywood martial arts action comedy called Judo Justice (Martial Marshal), which was shot on location in rural Oregon. In 2006, he had a role in Clint Eastwood’s Academy Award nominated movie; Letters from Iwojima. Sensei Bunasawa has participated in many films for TV and cinema.

Mr. Bunasawa is also the Publisher and Editor-in-Chief of the Judo/Jiu-Jitsu/Pro-Fighting Journal and the author of numerous books including the story of Mitsuyo Maeda, The Toughest Man Who Ever Lived.

For more information about Nori Bunasawa and Bunasawa – Kai Dojo visit their listing on the Martial Arts Schools and Businesses Directory by clicking on the image on the left.

USAdojo - October 7, 2010
We use cookies to ensure that we give you the best experience on our website. If you continue to use this site we will assume that you are happy with it.OkRead more