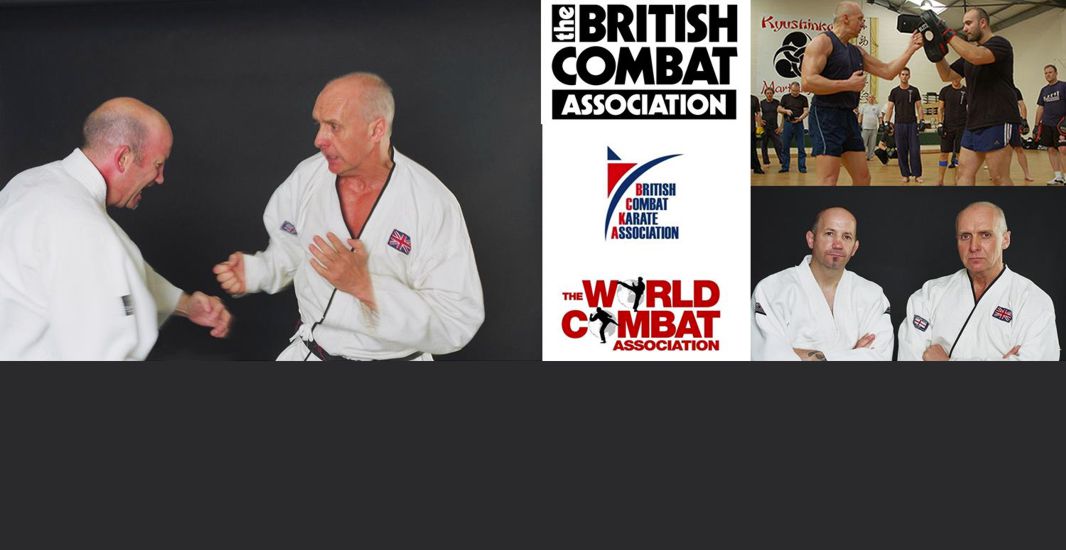 Peter Consterdine is a 9th Dan Black Belt in Karate and a former Great Britain and England International  Karate Champion. With over 51 continuous years of martial arts training behind him, Peter has made self defense a lifetime study. A former British Full Contact Champion, Peter also spent over 10 years working as a doorman in night-clubs in Manchester, England. In addition to Karate, Peter has studied most martial arts, in particular Wing Chun, which study took him to Hong Kong, where he trained privately with Ip Chun.

As a professional Bodyguard and Operations and Training Director of his own specialist Risk Management and Security Company (Chase Consultants Limited), Peter Consterdine works around the world on Close Protection operations. His book The Modern Bodyguard has become the seminal work on Close Protection. His book Fit To Fight, deals exclusively with fitness and high intensity training for combat and has become the essential training manual for all those who are engaged in combat situations.

Acknowledged as one of the world’s hardest hitters, Peter Consterdine’s techniques for delivering such massive impact are contained in the two videos – Powerstrike and Powerkick. Peter’s tremendous impact through kicks and punches was originally the product of his training for many years with Shigeru Kimura of the Shukokai system, but over the years and with his door experience, Peter has amended and added to the practical application of the old ‘double hip’ system.

With his friend and partner, Geoff Thompson, Peter Consterdine is joint Chief Instructor of The British Combat Association (BCA). Established in 1993, the BCA has become the UK and Europe’s leading association for the promotion of self defense and practical combat. At one point there were some 200 registered Instructors in the BCA. It is at the leading edge of progressive ‘self protection’ and has brought common sense and street experience to the teaching of self defense through martial arts. Peter Consterdine is acknowledged as one of the world’s leading authorities on Personal Security and Unarmed Combat and works throughout the world giving seminars to ex-pat staff on all matters to do with security awareness and defensive tactics.

Peter Consterdine book Streetwise is the most comprehensive and definitive work on personal security and self defense available. Currently, many of the concepts and techniques are contained in the four volumes of The Pavement Arena series of videos, produced by Peter and featuring both Peter Consterdine and Geoff Thompson. These videos de-bunk the myth of the effectiveness of traditional martial arts in the street.
His book Travelsafe is the culmination of years of work in amassing a huge volume of information, data and experience of all aspects of international travel safety and security. Over the last 12 years, Peter has operated in over 21 countries, the majority being very difficult, non-compliant Third World geographies. He has ‘looked after’ some of the very wealthiest of America’s corporate leaders and organised risk and crisis management operations for their companies as well as training ex-pat staff in safety and security issues.

In the UK, Peter Consterdine has acted as consultant and instructor to some 12 UK police forces (including firearms units), the Home Office – National Police Training (NPT), HM Prison Service (Control & Restraint) HQ, numerous magistrates courts, other Government agencies and numerous commercial organisations. Throughout 2001, Peter was one of only three civilian contributors to the new NPT ‘Personal Safety Manual’ (Defensive Tactics), which will be in place with all UK police forces some time in 2002. Peter’s books and videos have become standard training material for many police training departments. Peter’s unique skills are in bridging the gap between the physical skills of martial arts and self protection and the specialist corporate security world. It is this unique combination of talents and an ability to bring an intellectual contact to what is often seen as purely a physical art form, that makes Peter stand out from the crowd.

Through his writings, articles and teaching, Peter Consterdine has become recognized as a world authority on his subjects.

For more information about Peter Consterdine and World Combat Association visit their listing on the Martial Arts Schools and Businesses Directory by clicking on the image on the left.