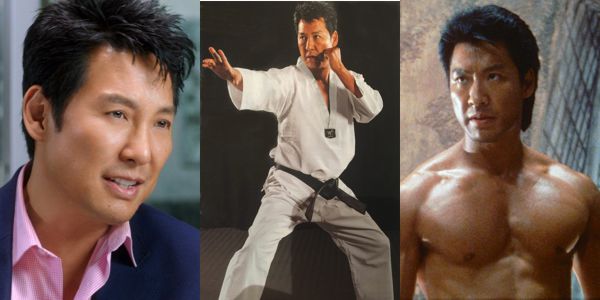 Philip Rhee and his brother Simon Rhee both trained with Master Mark Choi, brother of Master Seo Choi, who was Jun Chong and Bruce Lee’s Master in Hapkido.

The Rhee brothers traveled to Los Angeles to help teach classes at Master Jun Chong’s new school and an instant bond grew between the three of them. In Los Angeles Master Rhee got into filmmaking as an extra in Master Jun Chong’s early films. Phillip Rhee’s uncle, who was one of Korea’s most prominent film directors so it was a natural that Philip would follow in his footsteps. Since then, Phillip Rhee has gone on to become a film actor, director, writer, and producer and is responsible for creating the “Best of the Best” film franchise. Through his many successes, he has still stayed committed to teaching at Jun Chong Tae Kwon Do and considers Master Jun Chong as his martial arts master, mentor and big brother.

Phillip Rhee realized that few opportunities existed for Asian American lead actors in traditional Hollywood films, so he began creating, writing, and producing his own films. Rhee jokes that in his first picture, “we needed a convertible car, which was not budgeted, so we just took a car and sawed off the top. . . we just did what we needed to do to make the picture.”Armed with script and camera, Phillip Rhee shot his first film on a shoestring budget.

Today, Phillip Rhee trademark brand of action films are distributed around the world by Sony Pictures, 20th Century Fox, and Miramax/Dimension Films. “Currently, Rhee is starring in “The legend of Jason Lee” which is a true story of a little boy who fled from Hawaii to San Francisco in the 1920s and became a big mob boss that had ties with Al Capone.

Phillip Rhee’s ambition is to build an entertainment empire utilizing the talents from Asia and America in both films, television and music.