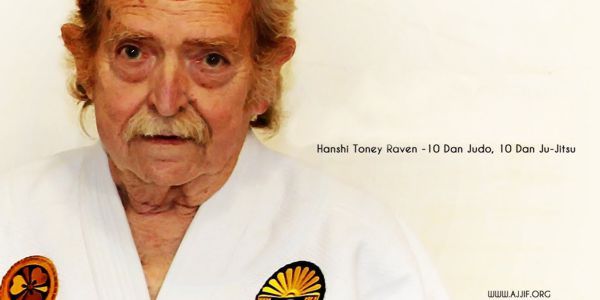 Hanshi Tony Raven was in the martial arts for more than 63 years. He ranked as a

He began martial arts training in 1942 after the beginning Of World War II, and didn’t stop for more than 63 years. He  studied in Japan and throughout the USA. He competed in the USA, Japan, Canada, and in Armed Forces Judo. He took a Bronze medal in the 1993 Senior Nationals Masters. He won both the gold and silver medals in the 1998 1999 World Masters Judo Tournaments held in Canada.

Hanshi Tony Raven was a Master Examiner in Judo, Ju-Jitsu, and all his other arts. He loved teaching at Clinics and seminars. He did rank testing and certification at camp Budoshin for Master George Kirby many times, and the list of his involvement in the martial arts goes on and on.

Grand Master Tony Raven passed away on June 2, 2016 and left all who knew him with a great emptiness. You are missed Grand Master Raven.