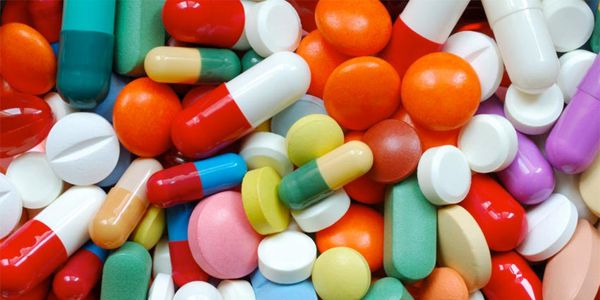 Las Vegas, Nevada: 12 years ago, I asked a very pointed question in a press release sent to the National Wire Service immediately following the killings at Columbine High School.

A few days after the Virginia Tech Massacre, I again asked the same very direct question.

And today, after the Newton Connecticut massacre, I am once again asking the very same pointed question…

I am asking, “How many times must we experience another Littleton, Colorado or Virginia Tech or Newtown Connecticut before we wake up, study the research and adopt policies which actually reduce crime and begin saving our children instead of leaving them helpless victims when the next psych drug user snaps?”

After Columbine, while most journalists and lawmakers focused on whether or not my answer to protecting children by arming teachers was the right solution, it seems everyone missed my understanding of the root cause that drove these kids to commit such atrocities!

The root cause was and continues to be the psych drugs that are being pushed on our children!

In some cases children as young as kindergarten age!

After Columbine, nobody wanted to believe the founder and director of the nation’s largest firearms training institute when he pointed his finger at psych drugs as the cause of the problem. During numerous radio, TV and newspaper interviews I would bring it up and it would fall on deaf ears with no reaction at all.

So I spent $300,000 to create a Hollywood produced, award winning DVD entitled Front Sight Story, Chapter One: Your Legacy.

In “Your Legacy,” I interviewed people of age who actually experienced an America when guns were so freely available to children and youth, that you could order them through the mail with no ID required, no waiting period, and literally carry them to school to place in the back of the classroom with no problems at all.

During this time, when guns were the most accessible in our country’s entire history, there were no school shootings, drive by shootings, or murderous teenage rampages.

What changed? Here is what changed: Powerful psych drugs were developed and became the profitable, prescription answer to a wide variety of extremely questionable if not outright fabricated mental disorder diagnosis of youth.

And once Little Johnny started taking the brightly colored pills to handle the normal challenges of youth that every prior generation had overcome naturally through the process of social maturity, Little Johnny began the downward spiral of adverse prescription drug side effects leading to multiple prescription, psycho drug cocktails… stronger drugs… physical and psychological dependency… and the now infamous and reoccurring homicidal and suicidal reactions caused by these very powerful, mind bending drugs.

There is a truism I keep posted on the wall above my computer. It reads, “People of integrity expect to be believed. When they are not, they let time prove them right.”

Well, unfortunately and tragically in this case, time has proven me right, time and time again! Numerous school shootings over the last several years ALL linked to children and teens under the influence of powerful, prescribed psych drugs!

Psych Drugs, NOT GUNS, Are the Common Deadly Thread in School Shootings!

And now, instead of Dr. Ignatius Piazza, the Founder and Director of Front Sight saying, “Its Psych Drugs, Not Guns, Doing the Killing” I am getting assistance in spreading my message from some of the most unlikely, sources you could ever imagine…

Watch this video from Citizens Committee on Human Rights. They have done the hard research and now say the same thing I said over 12 years ago…

Then see what Michael Moore, the Darling of the Liberal Left, Anti-Gun Media now has to say about the cause of Columbine. Medical Doctors and Psychiatrists Now Admit Connections Between Psych Drugs and Homicidal and Suicidal Actions of Children and Teens:

Michael and I may never agree about the importance of an armed society to the freedom and protection of law abiding citizens or the fallacy of gun control, but we could be best friends in our efforts to expose the truth about the profit driven history of psych drug prescriptions systematically creating homicidal and suicidal monsters out of our youth in America. In fact, I stand ready and willing to assist Michael Moore in any way possible on such an endeavor.

Now that people on both sides of the gun control debate agree that psych drugs are creating suicidal and homicidal maniacs out of our youth, the time has come to expose the truth to all of America.

You can help save today’s youth from further psych drug abuse and protect America’s next generation from the horrors of psych drug prescriptions. It only takes 10% of the population to unite, stand up and say, “No more!” for social movements to succeed. You CAN do something about this!

Simply spread this press release far and wide to all on your lists and ask your friends and family to do the same.

Instead of circulating the latest joke or cartoon of the week, make the entirety of this earth-shattering truth the next e-mail that goes ’round the world’! Don’t rely on anyone else to do what you should do. Don’t be apathetic.

Psych Drugs, Not Guns, are Doing the Killing!

Get your free DVD copy of Dr. Ignatius Piazza’s, Front Sight Story, Chapter One: Your Legacy

A Gun Alone Is Not Self Defense