The next time you are sparring with the protection on or doing some realistic scenarios you must overwhelm your training partner and use the proven military strategy of rapid dominance.

You’re not going to survive a real life and death fight against a hardened criminal using a sport-based mind set.

As a law enforcement officer for 20 years, and currently assigned to a Military Police Reserve unit in California, I have seen first hand how a wide variety of criminals fight. Likewise, as a martial artist since 1976 having studied dozens of systems over the decades I have seen how many martial artists and competitors fight. My observations are this: criminals advance and overwhelm their victims while most, not all, martial artists tend to throw strikes from a fairly static position like a sport boxer. They throw a quick barrage, and then they asses the results after only a few hits. 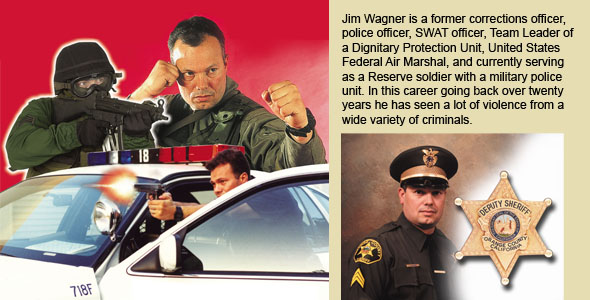 In my Reality-Based Personal Protection courses I have to constantly scream at my students, who many come to me from other martial arts backgrounds, “Forward! Move in on him! Take his ground!” Too many times the people that come to me to have me make their fighting skills more reality-based like to fight like boxers or point fighters and simply exchange blows. That’s exactly what could get you killed in a life and death fight if you try it. This is not the way criminals or terrorists fight.

It’s no surprise that I am a big admirer of the Israeli police and military. After all, I had learned the deadly arts of KAPAP, military Krav Maga, HISARDUT, and some LOTAR. I was also invited twice to Israel to train the police and military my Reality-Based Personal Protection system. While training there I always heard the soldiers yell out to one another in encouragement, “Kadima! Kadima!” When I turned to my host, Major Avi Nardia during a Special Forces testing and selection event I was privy to watch I asked him, “What does kadima mean?” He replied, “It’s the Hebrew word for forward.” 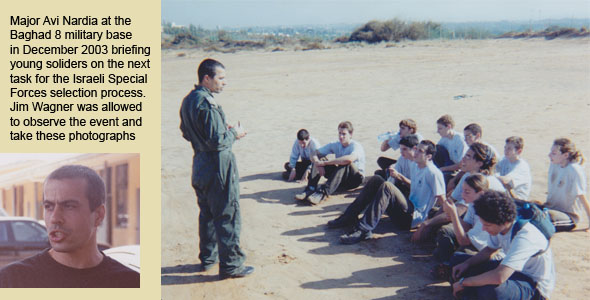 To the Israelis the word kadima is more than just a word, it is a warrior concept. In the true sense of the word it means to keep moving, or pressing forward in battle. Retreat is not an option. This word is so ingrained in the Israeli war culture that former Prime Minister Ariel Sharon, a war hero general, even formed a political party in 2005 naming it Kadima.

The concept of overwhelming the enemy is not merely restricted to the Israeli military. In the beginning of World War II Adolf Hitler’s generals conquered most of Europe and North Africa with a strategy called Blitzkrieg lighting war. This strategy relied upon a heavy concentration of firepower on the enemy’s weakest point at the front and rapid penetration deep into enemy territory while the opposition was traumatized. In 2003 when the American’s attacked Sadam Hussein’s Iraq it was with a military doctrine called Shock and Awe, also known as rapid dominance. Like the Blitzkrieg it relied on overwhelming firepower and spectacular displays of force to paralyze the enemy. The Iraqi military was devastated after the aggressive attack.

Whether a fight is on an international level, such as war, or two human beings engaged in street combat the strategy is the same if victory is to be the outcome. You must overwhelm the enemy if physical conflict is the only answer. You must, like an army, occupy the enemy’s space. I repeat, YOU MUST TAKE HIS SPACE. You must be going forward, and he must be going backward. Your preemptive attack or counterattack must be more brutal than his initial attack or intended attack.

Please don’t get me wrong, there are those times to retreat, or shall we say a “tactical retreat,” but if you can’t do that you must attack the attacker. Victory must be assured. You cannot be halfhearted in a battle, and unfortunately many martial arts instructors do not teach their students to attack with overwhelming “firepower.” For example, in a bar fight you don’t just hit your attacker once or twice and asses the situation. Rather, you keep hitting him until he stops his attack, which usually means he needs to go down. When someone breaks into your house to commit great bodily injury against you or to your family, and you are legally able to defend yourself with a firearm, you fire as many times as it takes to stop the attacker, and be prepared to shove in another magazine. One or two bullets don’t always stop a determined criminal; especially if he is all charged up on a controlled substance. Of course it doesn’t have to be a gun in your hand, it could be a baseball bat, kitchen knife, hammer, or whatever you use for home defense. You keep using the weapon until the criminal stops, and not longer a threat to you. Yes, injuries are usually the result of stopping somebody who initiated the assault against you, but injuring the attacker is not your desire. You only “wanted to stop his attack.” Of course, that is exactly what you are going to tell the police when they investigate the conflict. 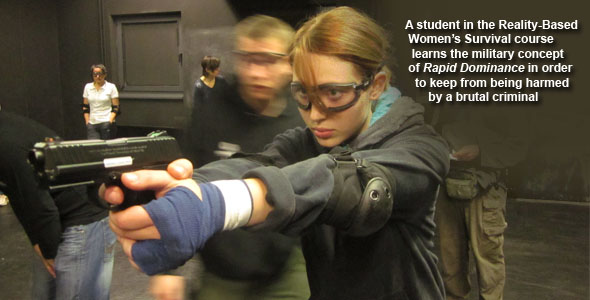 A lot of martial artists are hung up on knowing a lot of techniques. Techniques are nice, but the winning attitude is more important than techniques. Most men in prison don’t know a lot of fighting techniques, but if there was a fight between a prisoner and a black belt, and I had to put some money down for a bet, I’d put my money on the prisoner. Why? Because he has the experience and attitude to win. What few brutal techniques he uses, and he uses well. The black belt may have a lot of fancy techniques, but that does not mean he has the heart to win regardless of the pain or consequences.

A week ago I was play fighting with my six-year-old nephew Gary. This tough little guy is learning karate from a local karate school and he knows a lot of techniques. He knows all the punches and kicks. However, when we were fighting like lion cubs do to develop his warrior skills he launched a combination of kicks and punches, but made very little effort to move in on me. I finally had to move in on him and overwhelm him and put him on the retreat to teach him a lesson. I said to him, “Gary, you see what I did to you? I want you to come in on me with everything you’ve got and don’t be afraid. Just do it. Make me back away from you.” Well, wouldn’t you know it, that six-year-old understood the concept and won his last fight against an older kid in his karate class.

The next time you are sparring with the protection on or doing some realistic scenarios you must overwhelm your training partner and use the proven military strategy of rapid dominance. Of course, the next time you are in a real fight for your life, you had better be like “lighting” if you can’t talk your way out of it or flee the scene.

Be A Hard Target!

Use of Force in a Fight: What Level of Force Can...

Jim Wagner - September 1, 2012
We use cookies to ensure that we give you the best experience on our website. If you continue to use this site we will assume that you are happy with it.OkRead more